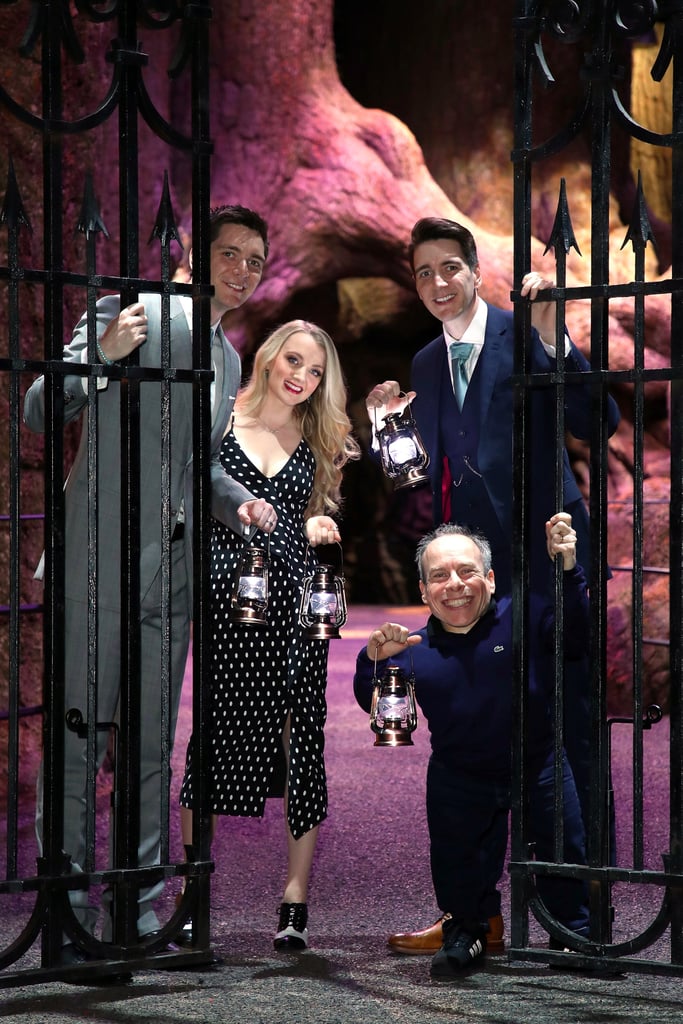 Will seeing the Harry Potter cast reunite ever get old? No. No it will not. A few former Hogwarts students (and one professor) got back together on Tuesday when they stopped by the Forbidden Forest at The Making of Harry Potter Warner Bros. Studio Tour in London. Warwick Davis (Professor Flitwick/Griphook), Evanna Lynch (Luna Lovegood), Oliver Phelps (George Weasley), and James Phelps (Fred Weasley) couldn't have looked happier as they returned to their old stomping grounds. In addition to the men sharing a few Butterbeers while sitting at Hagrid's forced perspective table, the group posed with Buckbeak and held lanterns at the forest's entrance.

The fun get-together comes just a few weeks after Evanna, Oliver, and James helped unveil the exhibit's expansion with fellow star Jason Isaacs (Lucius Malfoy). Rupert Grint (Ron Weasley) also reunited with Bonnie Wright (Ginny Weasley) at a party in LA in early March. Seeing as how the cast has their own WhatsApp group chat to stay in touch, we're sure there are so many more reunions we don't get to see.