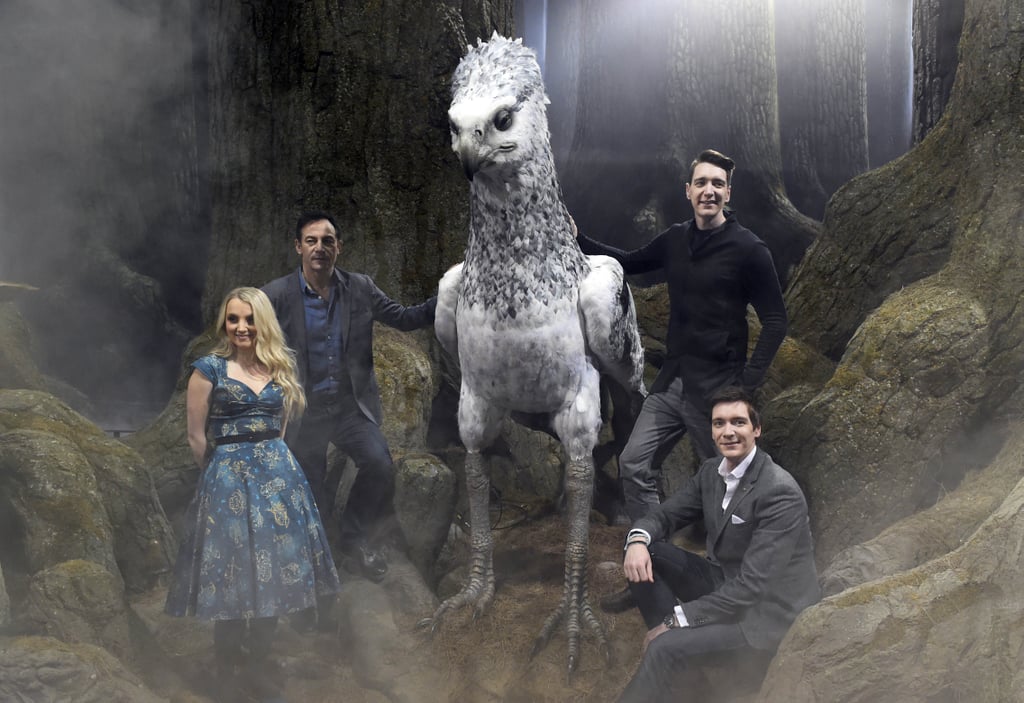 One of the best things the Harry Potter franchise has given us (in addition to wonderful quotes and crazy theories) is the amount of nostalgic reunions between the film's many stars. Evanna Lynch, Jason Isaacs, and James and Oliver Phelps (aka Luna Lovegood, Lucius Malfoy, and the Weasley twins) stopped by the Warner Bros. Studio Tour's new Forbidden Forest expansion in Watford on Wednesday. Since it doesn't open to the public until March 31, the group got a special preview of Buckbeak the hippogriff, Aragog the giant (terrifying) spider, and more. Maybe they coordinated their hangout in the Harry Potter group chat?

Travis Scott
Travis Scott Has a New Album and Movie on the Way, and We Are So Ready
by Kelsie Gibson 17 hours ago