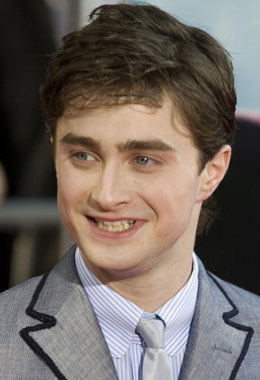 Broadway beckons again for Daniel Radcliffe, as it's been announced that he'll take the lead as producers look at staging a musical revival of How to Succeed in Business Without Really Trying on Broadway.

Dan's the first actor cast in the production which will be put together in December for a reading and from there they will decide on whether it will go on to become a full production. The script is about, "the rise of a crafty window cleaner as he follows the advice of a self-help manual to connive his way up through the ranks of the World Wide Wickets Co. and get the girl in the process."

If it all goes ahead it will be Daniel's return to Broadway after his debut in the 2008 revival of Equus which transferred to New York from London. Would you go and see Dan in a musical on Broadway?