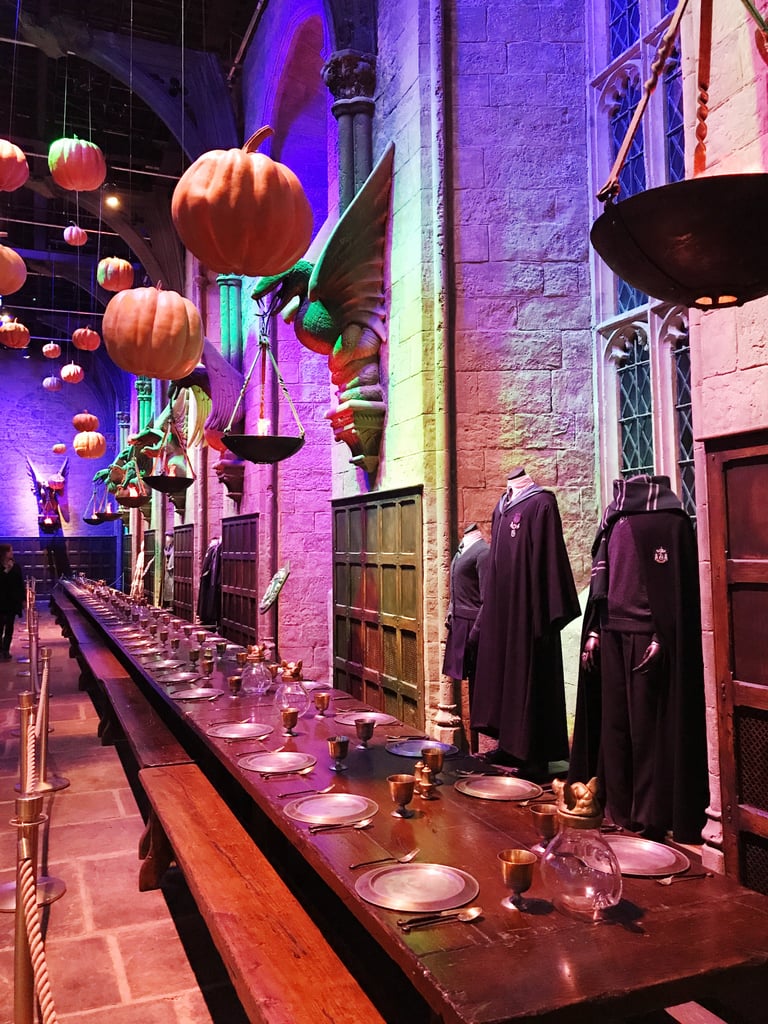 Of all the items on diehard Harry Potter fans' bucket lists, getting the chance to walk through London's Harry Potter Studio Tour is up there next to drinking butterbeer IRL and joining Emma Watson and Daniel Radcliffe's group chat. Although the latter is likely impossible, it's easy to score tickets to the magical tour. If it's something that you're in the process of planning, we have just one recommendation for you: go in October or November.

The brilliant minds behind the studio tour's decorations have incorporated a "Dark Arts"-theme in honour of Halloween, lasting between Oct. 1 to Nov. 12. In addition to spectacularly creepy appearances from masked Death Eaters (who lurk around nearly every corner of the tour's eerie Forbidden Forest section, and will give you at least 50 heart attacks), there are also over 100 floating pumpkins hovering in the iconic Great Hall set.

The pumpkins, which are reminiscent of the ones featured in Harry Potter and the Sorcerer's Stone, were designed by the film series' head propmaker, Pierre Bohanna. No two floating pumpkins are alike, but all are modelled after the ones seen in Hagrid's pumpkin patch in Harry Potter and the Prisoner of Azkaban. If you work up an appetite while taking in the wondrous decorations, the prop department has also supplied each of the long, wooden tables in the Great Hall with a festive Fall feast of red apples, pastries, juice, cauldrons brimming with lollipops, and (you guessed it) more pumpkins.

As if the studio tour wasn't amazing enough already, right? We checked out the Dark Arts theme for ourselves, and we can assure you that Harry Potter + Halloween = pure magic.