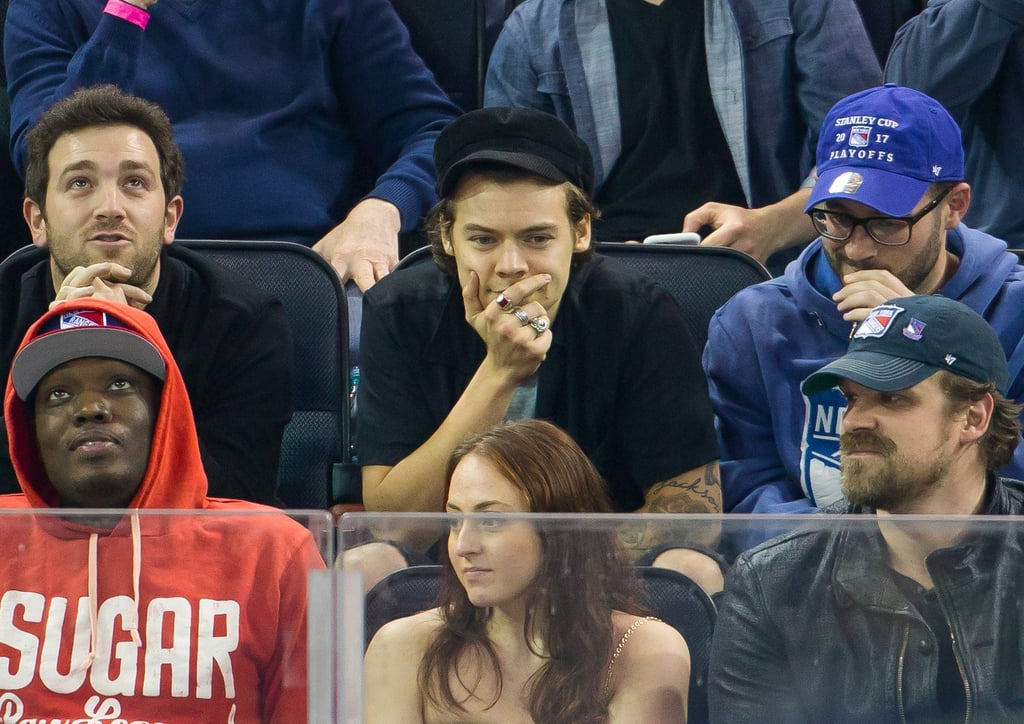 Harry Styles is back in the spotlight, and we honestly couldn't be happier about it. While the former One Direction star technically never left our lives, he did lay low following the boy band's decision to take a break in 2015. But just this month he's treated us to two new songs, a revealing interview about his short-lived romance with Taylor Swift, and now, a handsome appearance at a hockey game. Harry looked relaxed and happy while attending the New York Rangers game at Madison Square Garden on Tuesday night, just a few days after he crushed it as the musical guest on Saturday Night Live. The "Sign of the Times" singer sat near SNL's Michael Che and Stranger Things's David Harbour.

Harry, whose new song "Ever Since New York" is rumoured to be about Taylor, told Rolling Stone that their highly publicised relationship in 2012 was "a learning experience." He also stuck up for his young female fans in the best way, saying, "Who's to say that young girls who like pop music — short for popular, right? — have worse musical taste than a 30-year-old hipster guy? Young girls like The Beatles. You gonna tell me they're not serious? How can you say young girls don't get it? They're our future. Our future doctors, lawyers, mothers, presidents, they kind of keep the world going."

Dating Advice
Thank You, Harry Styles, For Giving This Spot-On Dating Advice in the Middle of a Concert
by Victoria Messina 3 days ago 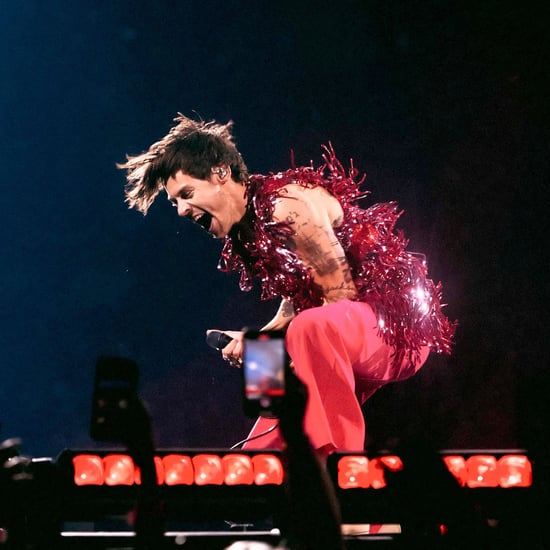 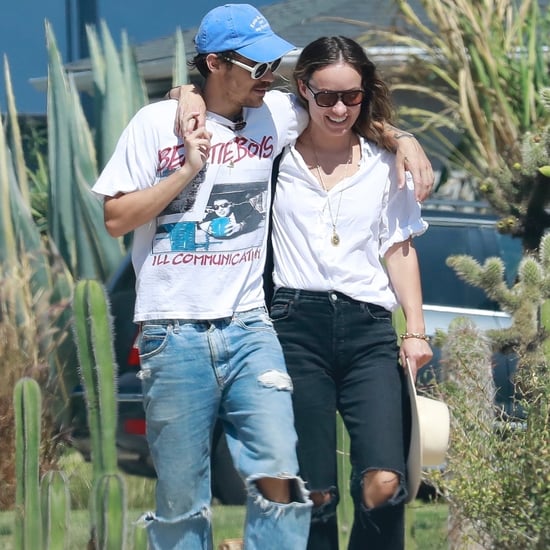 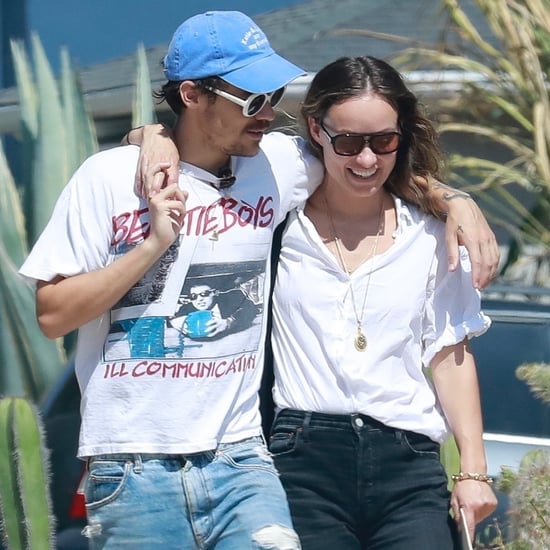