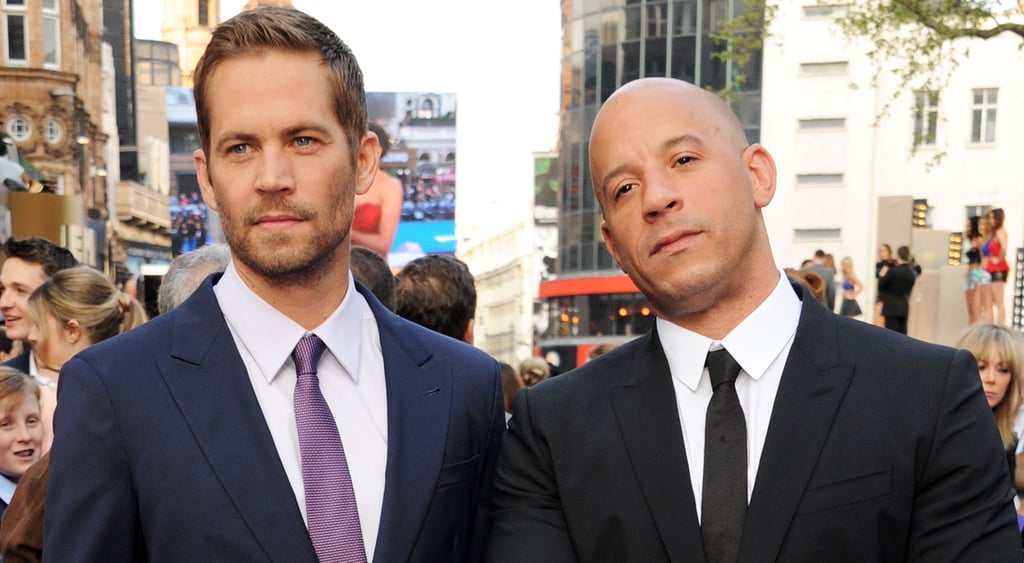 Furious 7 finally hits theatres on April 3, marking an emotional milestone for friends and loved ones of the late Paul Walker. In a new feature by Variety, Vin Diesel opens up even more about the loss of his longtime friend. He speaks about his ominous thoughts on set, the last time he saw Paul and the last thing he said, and his struggle to finish the film with a broken heart. Vin already tugged at our heartstrings earlier this week when he revealed he named his daughter after Paul. Others involved in Furious 7 have been speaking out, too; Michelle Rodriguez spoke of her devastation in an interview with Entertainment Weekly, and Wiz Khalifa released a new, heartbreaking song titled "See You Again." Keep reading for Vin's newest quotes about coping with his loss.

On the harrowing, ominous thought he had before Paul's death: "These action films can [be] dangerous, no matter what anyone tells you . . . I started to think, 'What would happen to Paul Walker if I died?'"

On the last thing he said to Paul: "'If I do die, let them know what kind of brother I've been to you.' I've played that over in my head countless times. That's the last time I ever saw him."

On deciding whether or not to finish the film: "There was fear. Could I finish playing Dom with such a broken heart? . . . I thought what Paul would really want me to do was finish it. So that's what I did."

On his first day back on set: "I'm supposed to be in killer mode . . . I went through three boxes of tissues, and I felt so bad. I felt so embarrassed. I had always been the kind of actor that other actors respect. I was just failing so hard. My nose was running and my eyes were tearing. I had to walk off set to try to get all the fluids out. I couldn't contain my emotion, and thus it became the toughest film I ever had to shoot."

On having the support of Paul's family: "It was endearing that his brothers were there to assist with his legacy . . . The irony is, I've been acting since I was 7 years old. No one in the world could teach you how to act across from someone your heart is mourning for. That's like asking someone who has lost a parent to replay it again and again, and pretend there's not a void there."

On the moment he heard the news: "I got on a plane, and told the production company I couldn't shoot, just to cancel everything."

On the final product: "It doesn't feel like a movie in some ways. It feels like something more."

The Royals
Prince Charles Honours Prince Philip in Video Message: "I Miss My Father Enormously"
by Kelsie Gibson 8 hours ago