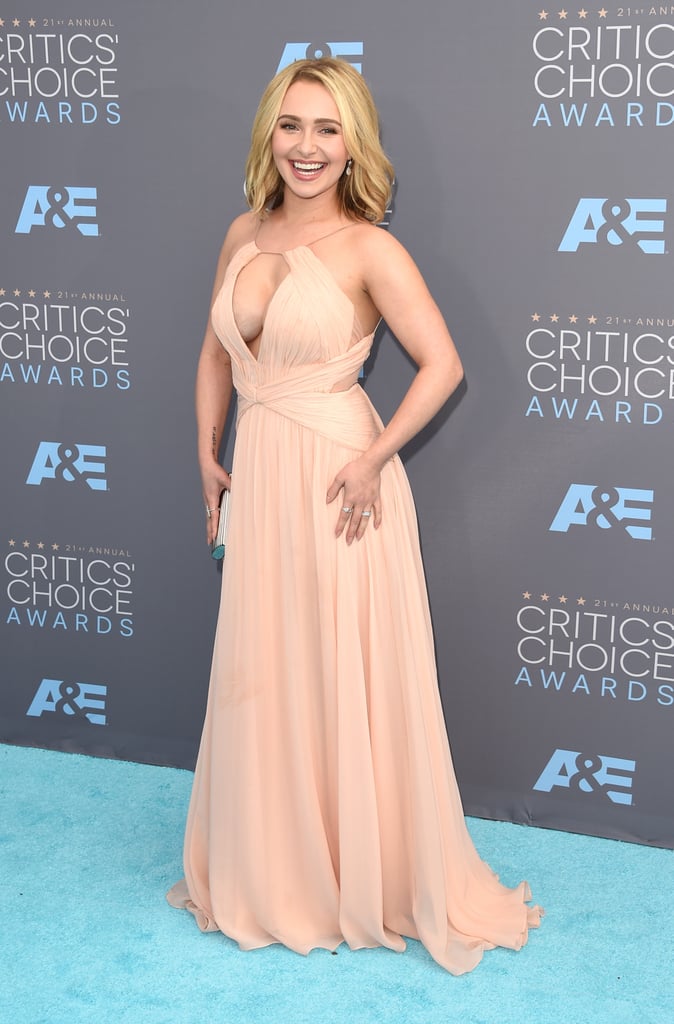 Hayden Panettiere practically floated down the carpet at Sunday night's Critics' Choice Awards, wearing a glamorous peach-coloured gown and putting lots of cleavage on display. The Nashville star was all smiles while posing for photos and looked happy and healthy as she stopped for interviews. Inside, she hit the stage with Jonathan Jackson to present an award. Hayden made headlines back in October when it was announced that she had entered a treatment centre for postpartum depression. Hayden has been open about her struggles since welcoming daughter Kaya in Decemer 2014, saying, "Women need to know that they're not alone, and that it does heal."

We last saw Hayden in November when she stepped out to support her fiancé, boxer Wladimir Klitschko, at his match in Germany. Days later, she linked up with Wladimir and a few of his family members for a gala in Berlin. Keep reading to see Hayden's triumphant return to the red carpet at the Critics' Choice Awards.