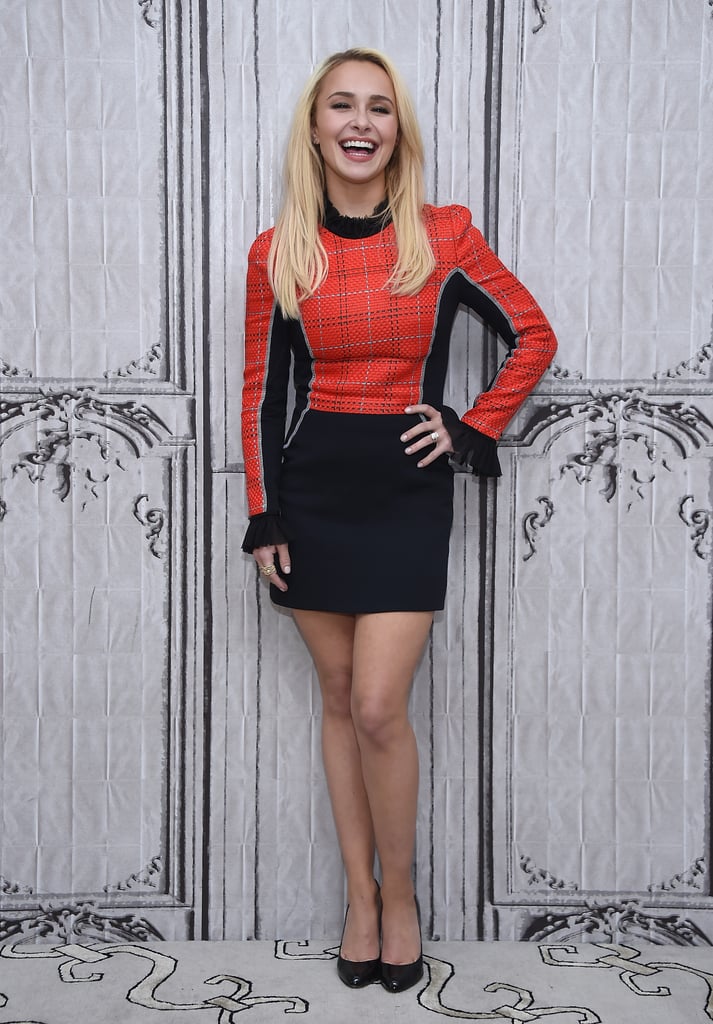 Hayden Panettiere has been busy promoting season five of Nashville, and on Thursday, she made two stops in NYC looking totally gorgeous. Hayden first headed to Good Morning America for a chat, then over to AOL's Build Series to talk up the CMT series with her costar, Charles Esten.

During her GMA appearance, Hayden opened up about her struggle with postpartum depression; the 27-year-old has been candid about her battle since welcoming daughter Kaya in December 2014, and told host Lara Spencer that it has made her a "better mum." "You never take that connection for granted," she added. "I think I'm all the stronger for it." Hayden first sought treatment for postpartum depression in October 2015 and checked into a rehab facility a second time in May 2016. Most recently, she looked happy, healthy, and relaxed during a swim in the Dead Sea in November, calling it "one of the most incredible things I've ever done."