April's issue of InStyle magazine features stunning model and mother Helena Christensen on the cover. She answered a few questions about her son, her dating habits, food and how she looks so fabulous at 40 (her birthday was on Christmas Day). Here's a few extracts from the interview: 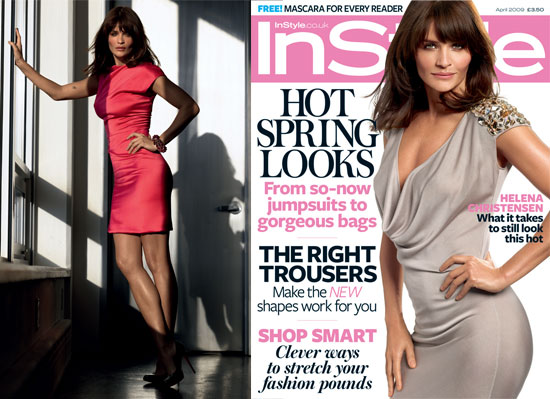 To read Helena's thoughts on motherhood and dating, and turning 40, just read more.

To read the rest of Helena's answers, check out the April issue of InStyle magazine, which is available now.