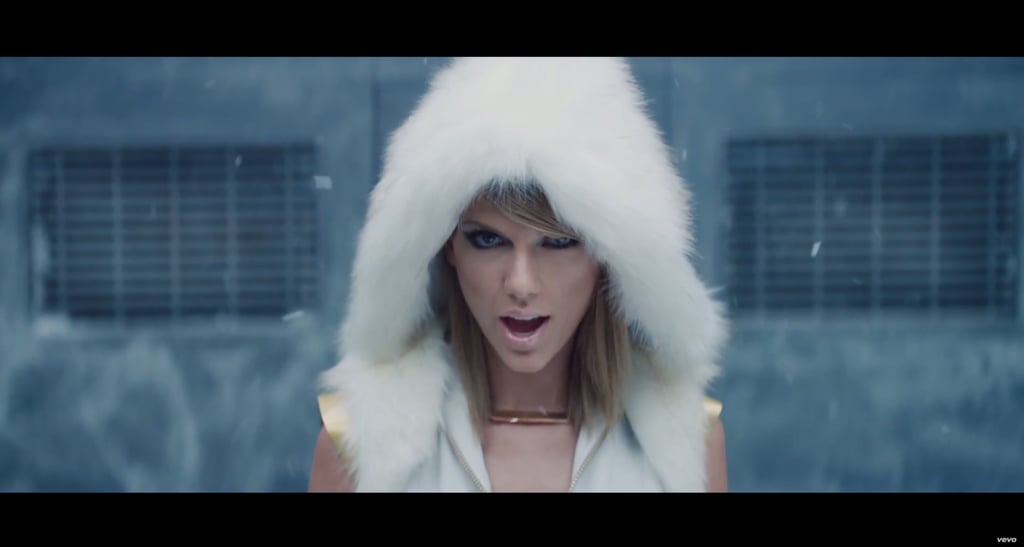 Taylor Swift brought the fierceness when she debuted her action-packed, Sin City-inspired music video for "Bad Blood" at the Billboard Music Awards on Sunday night. And while we loved every second of Taylor's new tough side, we also couldn't help but wonder what parts of the video were subtle digs at the woman who reportedly inspired the song, Katy Perry.

While Taylor has never directly said that "Bad Blood" is about Katy, she did reveal in an interview with Rolling Stone last September that she wrote the feisty anthem after a female pop star wronged her. "For years, I was never sure if we were friends or not," Taylor said. "She would come up to me at awards shows and say something and walk away, and I would think, 'Are we friends, or did she just give me the harshest insult of my life?'" It wasn't until professional lines were crossed that Taylor decided to put pen to paper. "She did something so horrible," Taylor continued. "I was like, 'Oh, we're just straight-up enemies.' And it wasn't even about a guy! It had to do with business. She basically tried to sabotage an entire arena tour. She tried to hire a bunch of people out from under me." Now, we realise some of the following points could be a total stretch on our part (there's no way to choose between Team Katy and Team Taylor!), but who didn't watch the video on loop looking for clues? Keep reading to see some of Taylor's possible digs, then sound off in the comments on what you think about the video.

Taylor Swift
Taylor Swift Responds to Plagiarism Lawsuit: "The Lyrics to 'Shake It Off' Were Written Entirely by Me"
by Eden Arielle Gordon 17 hours ago