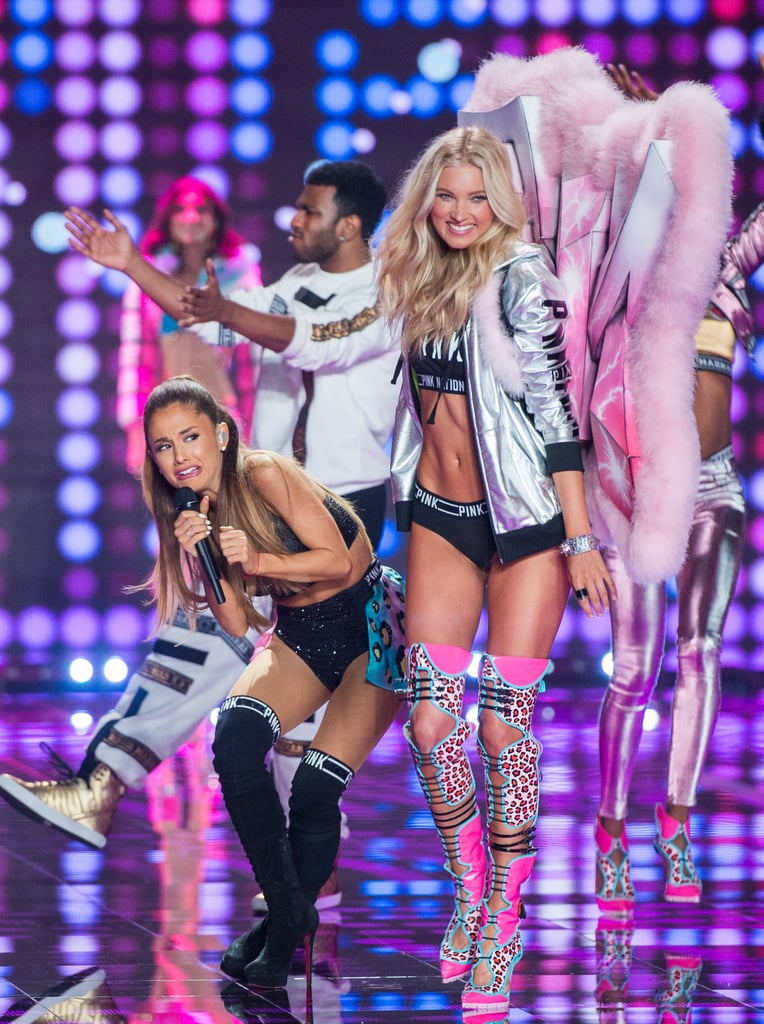 Ariana Grande discovered that performing at the Victoria's Secret Fashion Show isn't all glamour and lingerie when she was accidentally hit in the head with model Elsa Hosk's wings during a runway performance in London on Tuesday. Naturally, the entire exchange was captured by the cameras, with Ariana looking a bit terrified when her head came in contact with Elsa's graffiti-style wings. However, don't let the petite singer's reaction throw you off; she took everything in stride and continued with her performance. Ariana later tweeted, "A Victoria's Secret Angel accidentally smacked me in the face with her wings and it was awesome #goals #bangbangintomyface." She later joked about her small stature compared to the models, saying that she had to stand on her publicist's back in order to be seen in a group photo. Ariana's actual performance won't air in the UK until 10 Dec, but you can catch all the pictures of her time on the runway now. 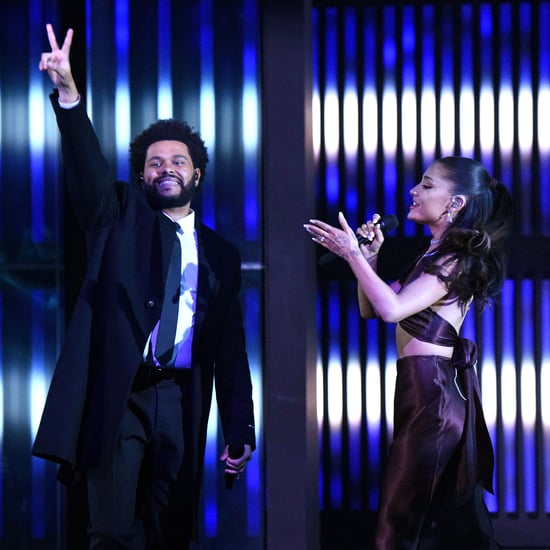 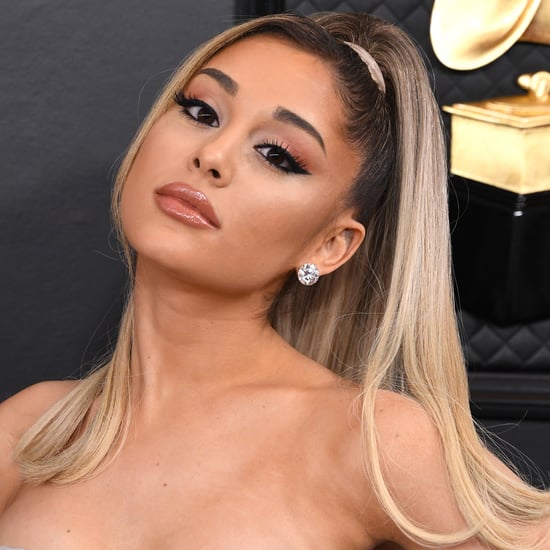