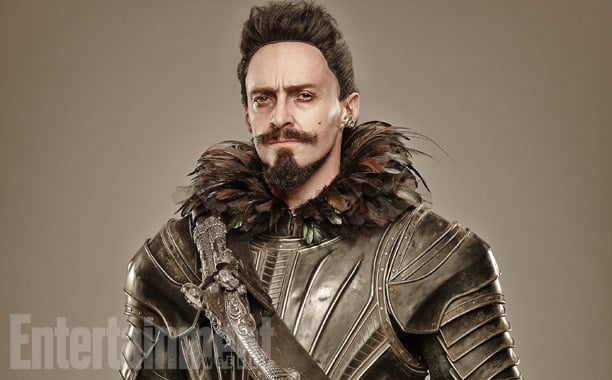 Here's the First Look at Hugh Jackman as Blackbeard in Pan

Hugh Jackman is stepping into a villainous role for Joe Wright's upcoming Pan, but he's not Captain Hook. Jackman is playing Blackbeard, an evil pirate who has been kidnapping young orphans, including young Peter Pan (Levi Miller). Jackman posted a picture of his shaved head back in June, hinting that it was for the movie, but it looks like they just needed him to shave it for a wig. Entertainment Weekly has the first official pictures from the new big-screen adaptation; it's an extreme look, but I'm into it. Now we just have to hope for some pictures of Garrett Hedlund as Hook! The movie is out next year, and you can check out all the pictures below!