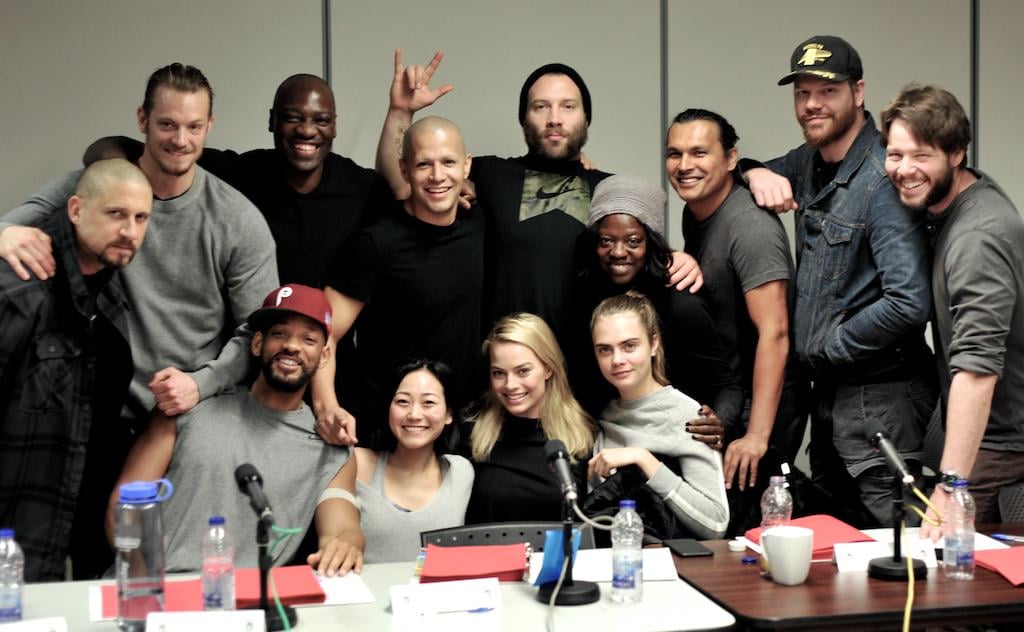 Suicide Squad has amassed an impressive cast, and for the first time, we have photographic proof that they're all together! Director David Ayer posted a picture from the table read on Twitter, and the gang is all there — minus Jared Leto and Scott Eastwood, who is presumably busy promoting his new film, The Longest Ride. Will Smith, Margot Robbie, Joel Kinnaman, Jai Courtney, Cara Delevingne, and Viola Davis are all accounted for, in addition to new faces Jim Parrack (aka Hoyt from True Blood) and Ike Barinholtz (aka Morgan from The Mindy Project). Get excited for 2016!

Celebrity Interviews
Gal Gadot Was Inspired by Princess Diana For Wonder Woman: "She Was Full of Compassion"
by Grayson Gilcrease 6 days ago
Movies
Nicole Kidman Dons Lucille Ball's Signature Red Hair on Set of Being the Ricardos
by Kelsie Gibson 1 week ago