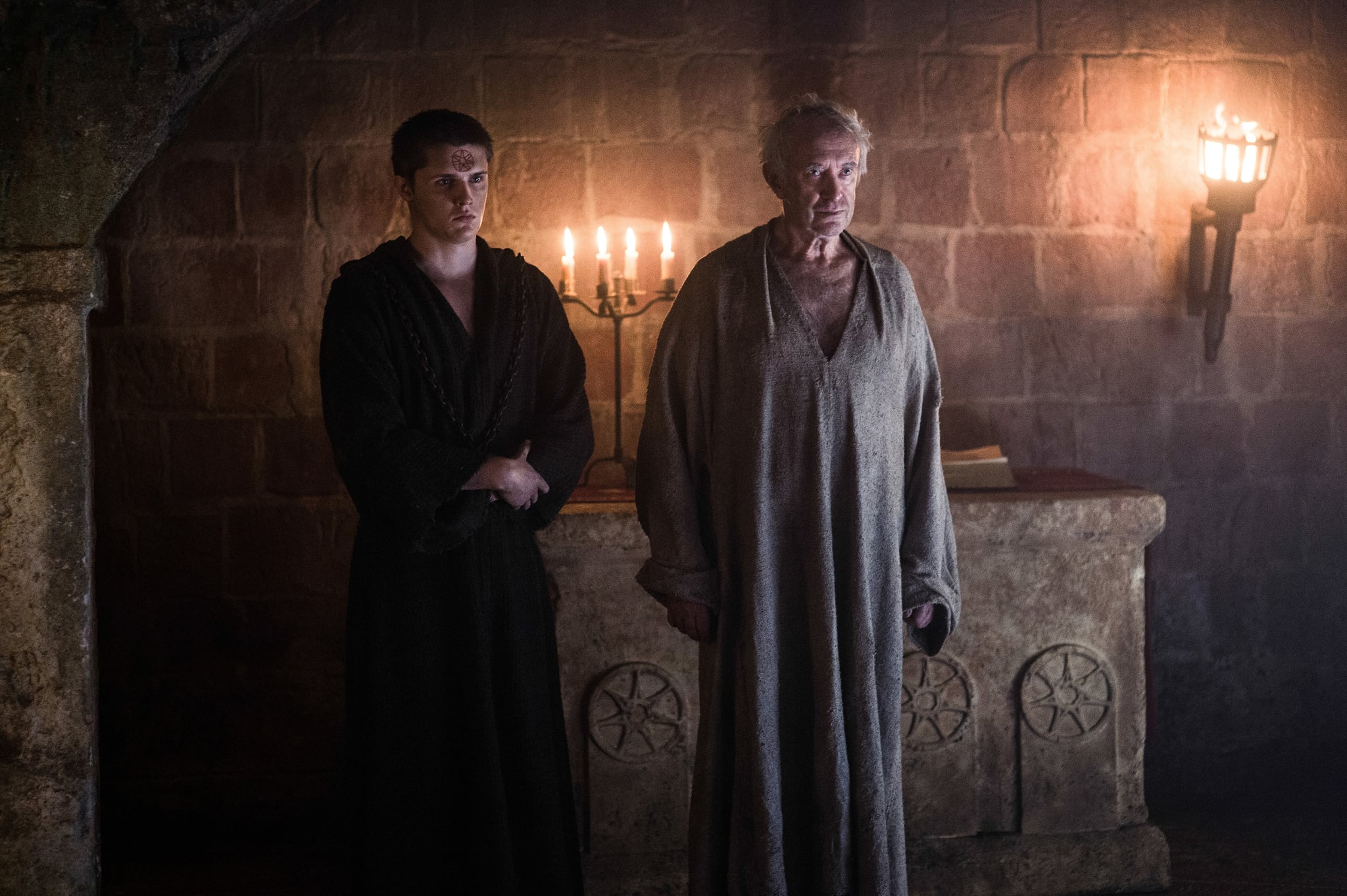 Let's be real: the High Sparrow is an assh*le. He's the Dolores Umbridge of Game of Thrones, using selective enforcement of the law and his own sense of moral superiority to ruin the lives of others. If one Redditor's theory about the High Sparrow's latest calculated political move proves true, things are about to get crazy (or . . . crazier) in the Seven Kingdoms.

A Reddit post about the High Sparrow (which we'll abbreviate to "THS" for clarity's sake) theorises that he shares a particularly juicy secret with Tommen in the fourth episode of season six. Essentially, the theory is that THS tells Tommen the truth about the Tyrell family's role in Joffrey's brutal murder, which Tommen in turn shares with his mother, Cersei. Here's an excerpt from the full theory to explain further:

It's my belief that THS told Tommen about the Tyrells' involvement in Joffrey's murder. Judging by the tears in his eyes when he's about to tell Cersei, it seemed to be the worst possible news. I believe it's Ser Loras who revealed this information as he seemed absolutely broken by his solitary confinement.

Immediately after Tommen tells her the news, Cersei and Jaime show up to the small council with a plan to invite the Tyrell army into King's Landing to deal with the Seven and protect Margaery from a walk of atonement. I believe this is a ruse by Cersei to draw the Tyrells into her scheme.

Why would Cersei do this? . . . The Tyrells picking a fight with the Seven will create unrest among its followers/citizens of King's Landing. They will turn on and blame the Tyrells with the Lannisters "standing down." This creates a war between two of Cersei's least favourite factions: the citizens of King's Landing who treated her like garbage during her walk of atonement, and the family responsible for her son's murder. Every dead body is a win.

Other fans agree and believe that THS shared such a devastating secret with Tommen fully intending for it to reach Cersei, who would react with violence. Such violence would allow THS's Faith Militant to respond with warfare, eventually taking full control of King's Landing, all under the "holy" pretense of protecting the faith from such sinful leadership.

Cersei, however, learns quite a bit during her time in the cell at Baelor's Sept . . . she doesn't underestimate THS and his faithful followers anymore, which is why she manipulates the Tyrells into mobilising against the Faith, containing the violence to the groups she detests most. "The Rains of Castamere" plays in the background while Cersei convinces the Tyrells to act, harkening back to another time that the Lannisters sent their regards to a powerful enemy family.

If Cersei does, in fact, have the upper hand, it seems like she'll finally enact vengeance against everyone she hates: her son's murderers, the religious nutcases who've ruined her city, and the citizens who treated her like human garbage during her walk of shame. We'll just have to keep watching to see if she'll finally come through on her frightening promise to her torturer, Septa Unella . . .