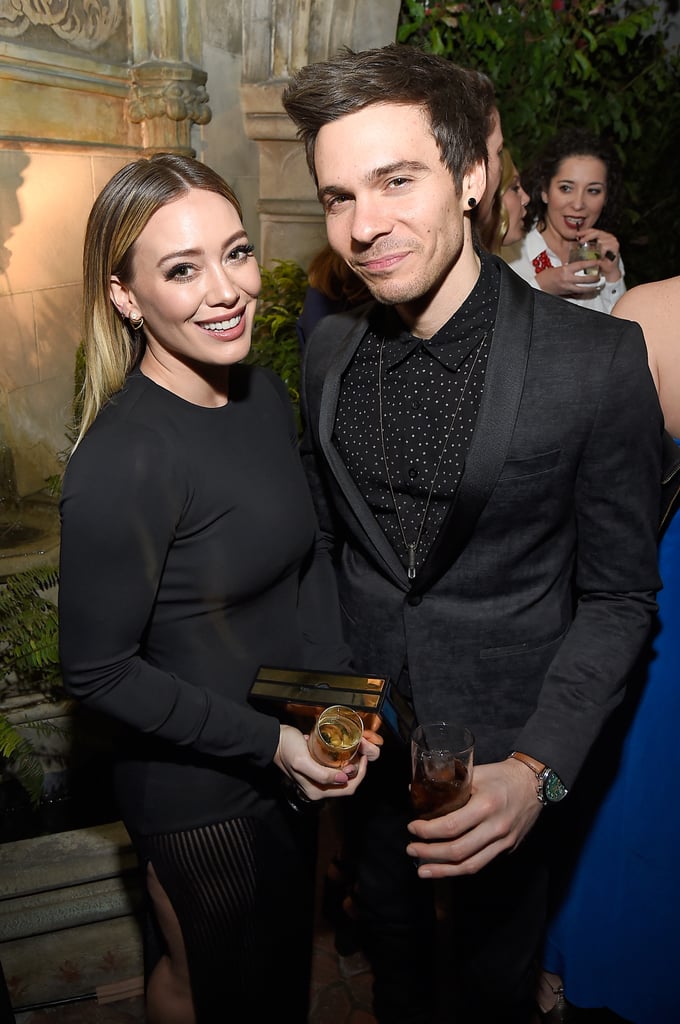 It looks like love is in the air for Hilary Duff. After weeks of speculation, the Younger star seemingly confirmed her new romance with 29-year-old singer Matthew Koma when the two stepped out together for Entertainment Weekly's SAG Awards pre-party in LA on Saturday night. Matthew wrapped his arm around Hilary as they blazed through the red carpet, and a source told Us Weekly, their relationship is "pretty recent" and "Hilary thinks Matt is very talented and cute." The duo previously worked together on Hilary's 2015 Breathe In. Breathe Out. album, and she was most recently linked to personal trainer Jason Walsh.