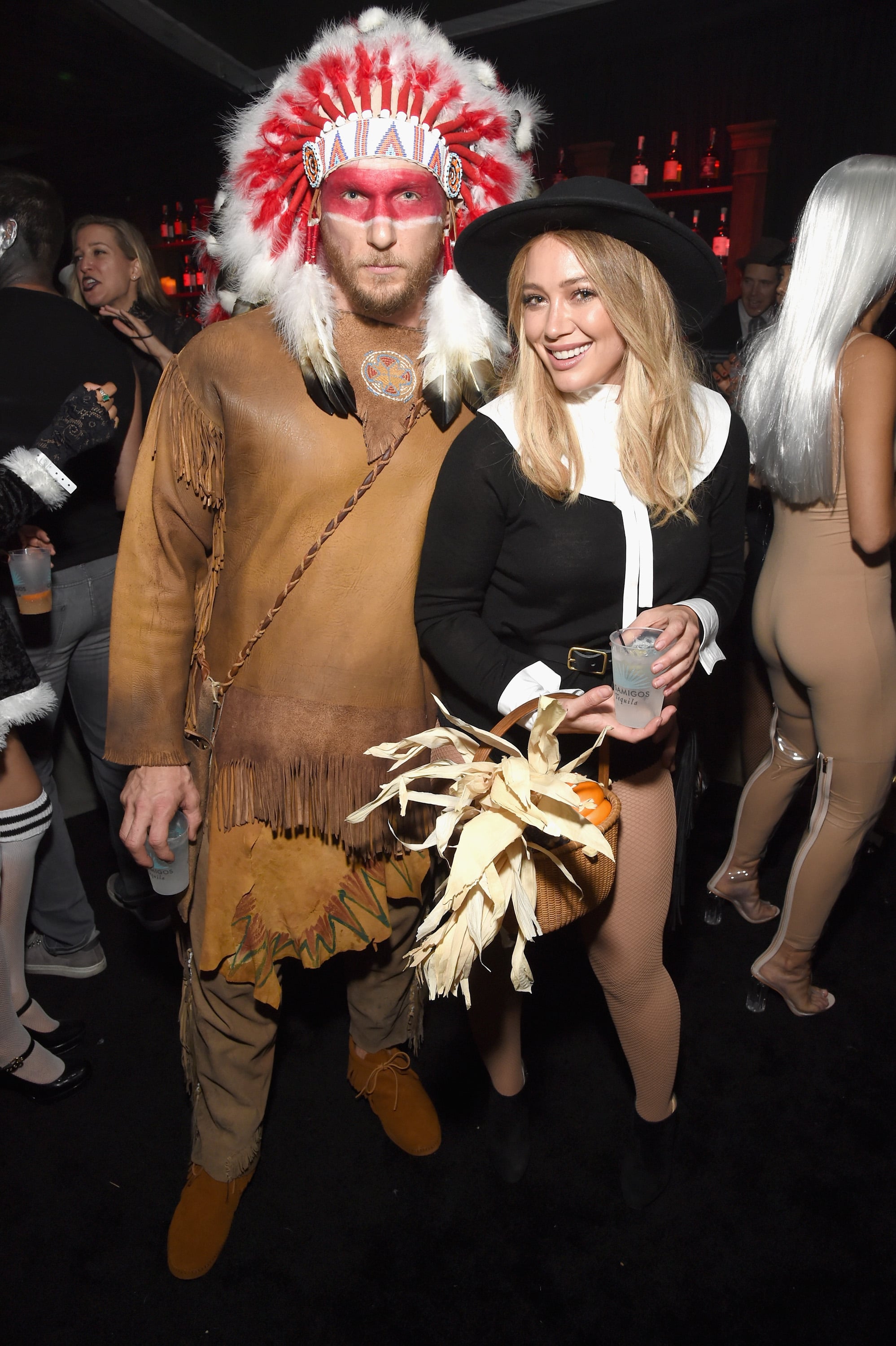 Hilary Duff and her boyfriend, fitness trainer Jason Walsh, came under fire over the weekend for their Halloween costumes. The couple opted for Thankgiving-themed looks at the Casamigos party on Friday night, with Hilary and a friend dressed as pilgrims and Jason as a Native American. The Younger star and her beau almost immediately drew criticism on social media with many deeming their costumes a form of cultural appropriation; Jason's look in particular seemed especially insensitive considering the ongoing protests to the Dakota Access Pipeline, which have turned violent over the past week between law enforcement officials and the Standing Rock Sioux tribe.

On Sunday, Hilary tweeted an apology, admitting that the costume was "not properly thought through." Jason followed suit with an Instagram photo, saying, "I only have admiration for the indigenous people of America. I apologize to anyone I may have offended."

I am SO sorry to people I offended with my costume.It was not properly thought through and I am truly, from the bottom of my ❤️sorry.