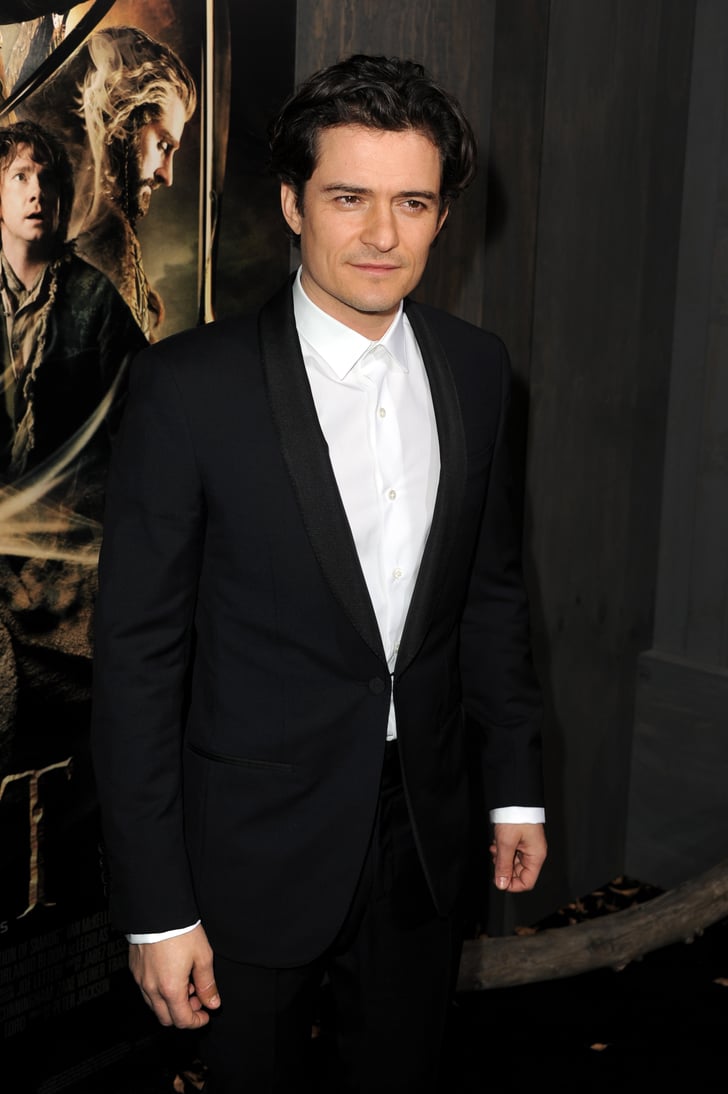 Orlando Bloom and Benedict Cumberbatch: they brought the sexiness factor to the NYC premiere of The Hobbit: The Desolation of Smaug on Monday evening. Orlando, who took a break from his Broadway play, Romeo and Juliet, chatted with his costar Evangeline Lilly on the red carpet. Benedict looked dashing is a black tuxedo, which probably explains why he tops Glamour UK's list of the Sexiest Men of the Year, beating out stars like Ryan Gosling and George Clooney. and Unfortunately for Sherlock fans, Benedict did not pose with his costar and Hobbit star Martin Freeman, who was busy on the red carpet with his partner, Amanda Abbington. However, fans will have more than their fair share of Benedict-Martin time as Sherlock season three premieres on PBS on Jan. 19.

While Orlando looked like he was having fun on the red carpet with his movie costars, his reunion with estranged wife Miranda Kerr set fans abuzz over the weekend. Miranda and Orlando took Flynn out for a walk in NYC on Saturday, with the tiny tot shaking around a play sword while being carried in Orlando's arms. While the two aren't together, they have been meeting up on what looks like friendly terms in the Big Apple as they divide their time with Flynn.

Image Source: Getty
Two Hot Reasons to See The Hobbit  originally posted on POPSUGAR Celebrity News
The Hobbit The Desolation Of SmaugRed Carpet
Around The Web