If you were underwhelmed by last year's The Hobbit, Peter Jackson is really kicking the action up a couple notches for the second installment in the series, The Desolation of Smaug. There's another new trailer that features more exciting action, some meaningful glances between Legolas (Orlando Bloom) and Tauriel (Evangeline Lilly), Bilbo's scared face, and Benedict Cumberbatch as the voice of the dragon Smaug. 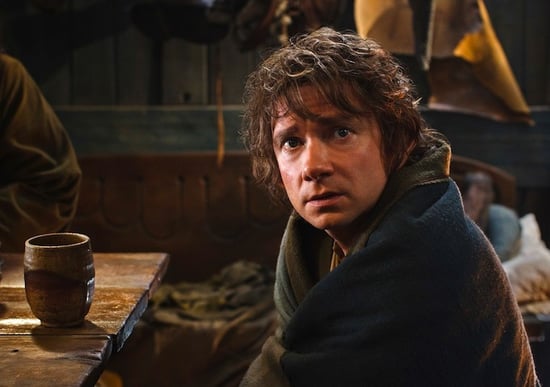 Even though I was a bit disappointed with how slow last year's The Hobbit was, I'm pretty psyched for this — probably due to my ongoing love for all the Lord of the Rings movies (and Legolas!). The Hobbit: The Desolation of Smaug comes out on Dec. 13, and you can watch all three exciting trailers after the jump.