The first trailer for The Hobbit that premiered way back in December certainly captured the same kind of sprawling epic feel of Peter Jackson's Lord of the Rings trilogy, but it was kind of underwhelming. However, the latest trailer for the first film in the adaptation of J.R.R. Tolkien's novel gives us more of what made the previous series so entertaining — it's funny! Here, we see the dwarves goofing around, we get more of Martin Freeman embodying the carefree Bilbo (along with why he's going on this unexpected journey), and we see far more of Gollum, being creepy and making everything unnecessarily plural. 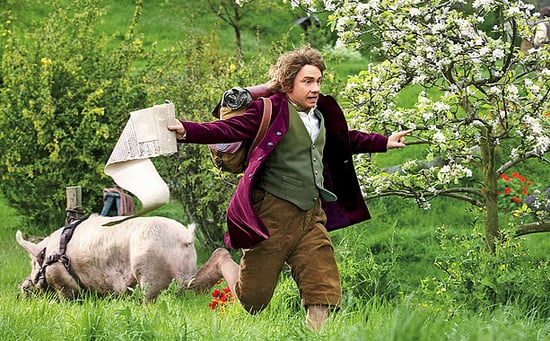 I'm still not sure that the Hobbit series really needed to expand to three films, but I'm more exciting about seeing the first installment after watching this preview. The Hobbit: An Unexpected Journey comes out Dec. 14, so check out this trailer prior to the Christmastime release after the jump.