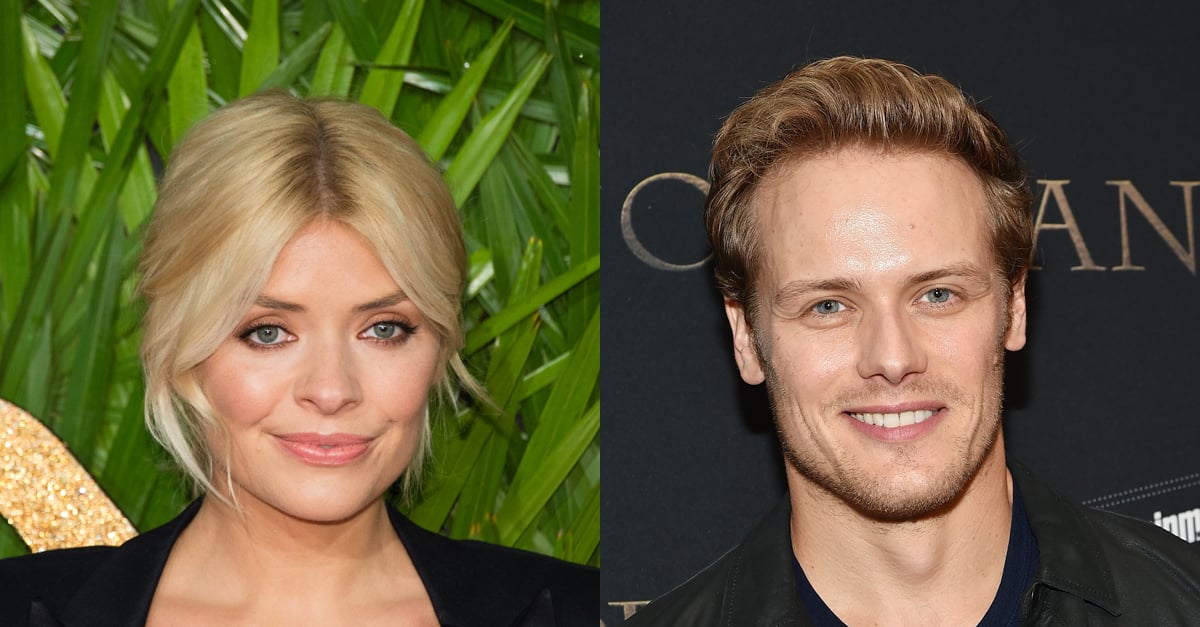 Many of us would give anything to be able to get in a cheeky flirting session with the ultragorgeous and incredibly talented Sam Heughan, but all Holly Willoughby had to do was send a tweet. Yep, life can really be unfair sometimes!

On Wednesday, the This Morning presenter shared a picture of herself holding an Outlander poster featuring Sam, and what followed was an extremely flirtatious exchange between the two stars, who talked about getting each other Christmas presents and perhaps even organising a trip to This Morning studios for Sam and his costar Caitriona Balfe. Us? Jealous? Just a tad.

Read on to see the full exchange, then take a look at the sexiest (borderline NSFW) scenes from Outlander.

It all started when Holly received a pretty great present and tweeted about it.

Sam replied, asking Holly for a signed photo of herself (and Phillip Schofield) and flirtatiously offering to visit the presenter on the set of This Morning.

What are you getting US for Xmas Holly?

Any chance of a signed photo of you (and Mr S!)😘

Of course, Holly couldn't refuse such an offer and sent an open invitation.

Open invitation for whenever you can... I’m working on the present! ☺️ https://t.co/kpKamMGggs

Sam immediately replied, saying that he and his costar Caitriona Balfe were on their way . . .

COMING!!!!! (Runs out door)@caitrionambalfe get your Xmas sweater on, we’re going to London.

And she also sounds excited at the idea!

So, forget about women who give up men to sleep with ghosts — all we need to see is Holly interviewing Sam.