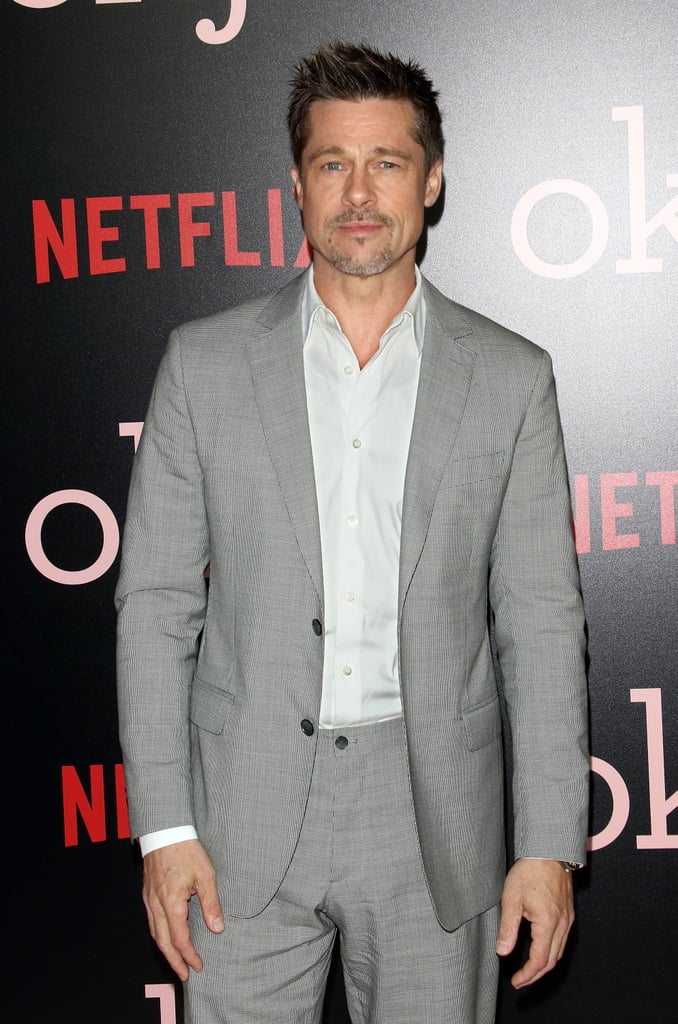 I'm calling it: Brad Pitt is back.

Brad Pitt is back on the scene to promote his recent projects, including Netflix's War Machine and Okja and The Lost City of Z, all of which he produced. I'm not going to make any Benjamin Button jokes here, but I will say that the 53-year-old actor is looking pretty damn good these days. After a particularly rough 2016, Brad seems to be getting back into the groove of heating up red carpets and bringing his handsomeness to more Hollywood events. This week, he also showed off his sense of humour during a stop at The Jim Jefferies Show, making a cameo as a weatherman and giving a hilariously bleak weather report in the wake of Donald Trump's decision to pull the US out of the Paris Climate Accord.

Related:
51 Things You Might Not Know About Brad Pitt

According to recent reports, Brad is "focusing on himself again" in the wake of his bitter split from Angelina Jolie; he's "been outdoors a lot, hiking and walking," and eating healthy meals. He also revealed that he's in therapy, telling GQ: "I love it. I love it. I went through two therapists to get the right one." I'm totally seeing the glow from within, I really am. Is this the Brad Pitt Renaissance? Keep reading to see some photographic evidence that Brad is back.

Award Season
Every Eye-Catching Look at the BET Awards Red Carpet, From Lizzo to Chloë
by Mekita Rivas 5 days ago