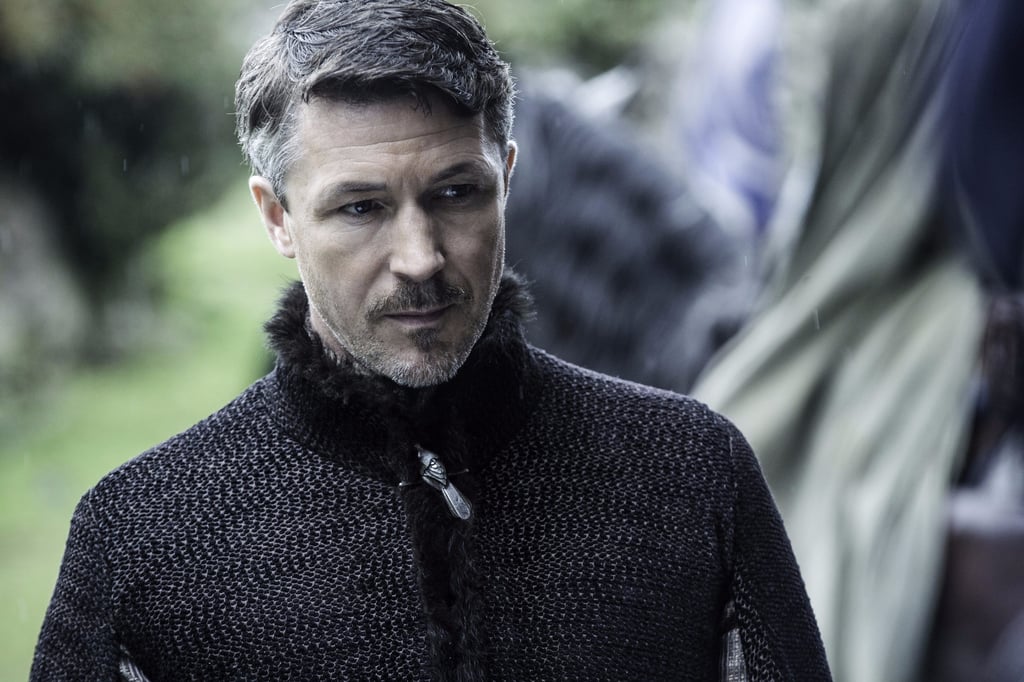 Guys, Littlefinger Might Actually Be the Hottest Dude on Game of Thrones

Listen, I get it. Game of Thrones' Littlefinger is probably not what most sane people imagine when they hear the word "heartthrob." He's a brothel-owning, Moon Door-murdering, generally untrustworthy backstabber. But if you look past all of those forgivable flaws and toss all of your better instincts to the wind, you'll start to notice that he's also a witty genius with seriously symmetrical bone structure, too.

And for the record, I already know what you're thinking: But what about Jon Snow? He's obviously the hottest guy on Game of Thrones! But let's just stop right there. Jon Snow is nothing more than the kind of basic, dull, hot guy character that we've seen time and time again on TV. Littlefinger, played by Aidan Gillen, is not only pretty damn good looking, but he's also constantly one step ahead of the game and armed with a witty comeback. On the flip side, conversation with Jon Snow seems like it might be about as intellectually stimulating as watching paint dry. Call me a sapiosexual, but I'd say that Lord Petyr Baelish and his conniving brain bring something devilishly attractive to the table that no other man in all of the kingdoms seems to have.

But you truly don't have to take my word for it. All I ask is that you pour yourself a Cersei-size jug of wine, forget about Jon what's-his-face, and approach this glorious Littlefinger slideshow with an extremely open mind. I'll bet the Iron Throne that you'll see my side of things by the end of it.