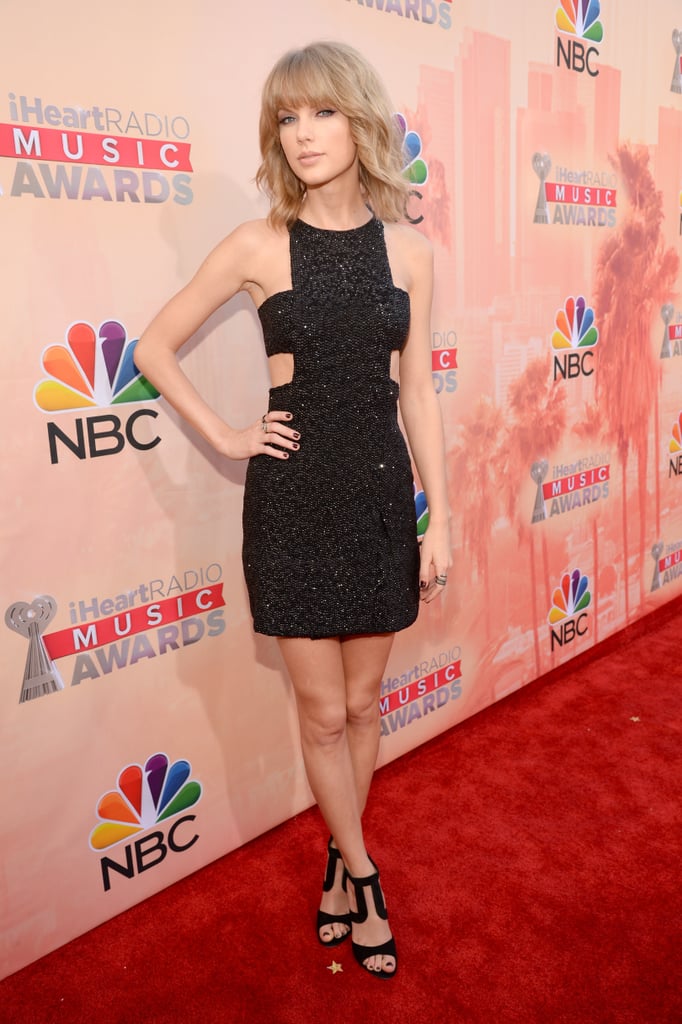 The iHeartRadio Music Awards was the place to be in LA on Sunday. Before all the performances and speeches, stars took to the red carpet, showing off their sexy looks while striking fun and flirty poses. Taylor Swift was the belle of the ball in a black dress that revealed plenty of skin, while Nick Jonas suited up one day after he got slimed at the Kids' Choice Awards.

The show's second year shaped up to be even bigger than the first. Rihanna, Madonna, Kelly Clarkson, and Iggy Azalea were among the performers set to take center stage, and Justin Timberlake was recognised for his expansive career. Keep reading to see celebrities strut their stuff.