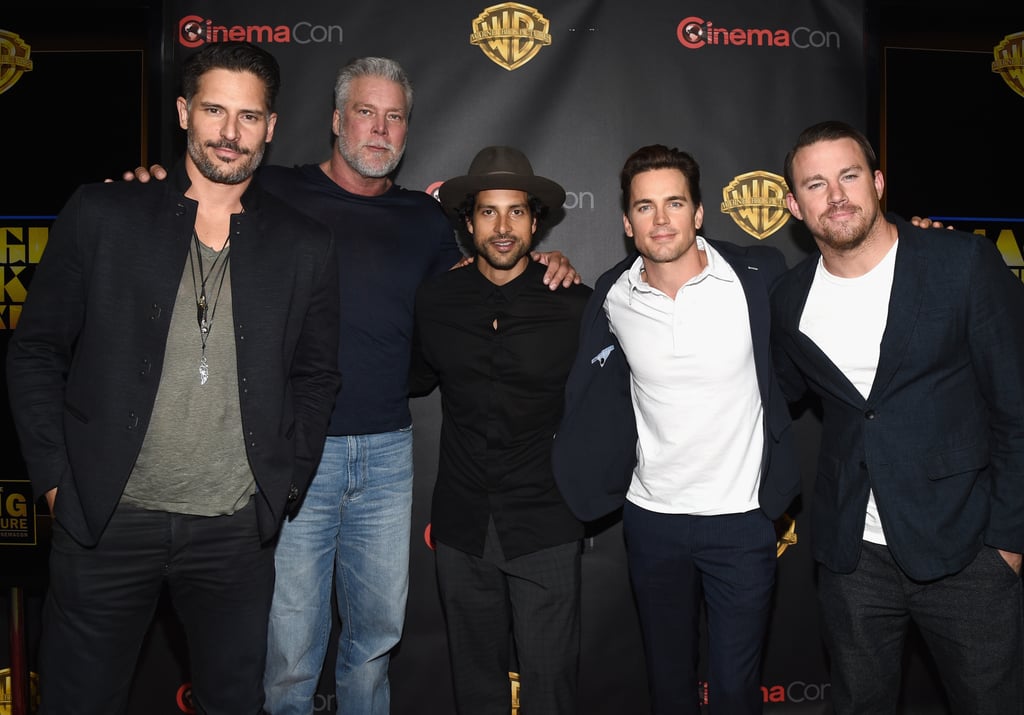 Las Vegas got a very lucky treat on Tuesday when the cast of Magic Mike XXL attended CinemaCon at Caesar's Palace. Channing Tatum, Joe Manganiello, Matt Bomer, Adam Rodriguez, and Kevin Nash were spotted at the convention, where they talked all about making the highly anticipated sequel to 2012's Magic Mike. The cast posed on the red carpet together before doing an impromptu stripper routine on stage, where they threatened to undress before releasing a new trailer for the movie, which unveiled the sequel's hashtag as #ComeAgain. Keep reading to see photos and videos of the Magic Mike XXL cast, then check out the trailer again, because why not?