England played their first match of the World Cup in South Africa on Saturday, meeting USA in a 1-1 draw. Robert Green's slippery hands let a US goal in, while Steven Gerrard scored for England and got shirtless to clap the fans with his teammates. Injured David Beckham looked smart in his suit, and started the game with smiles as he chatted to Rio Ferdinand, before the game proceeded and his expressions got more serious along with manager Fabio Capello. The day before, David kicked a ball around at an England press conference, and we definitely missed him on the pitch on match day. The teams had plenty of star support, including those with split allegiances like Katy Perry — who appeared on James Corden's show following the match wearing her UK/USA split dress. 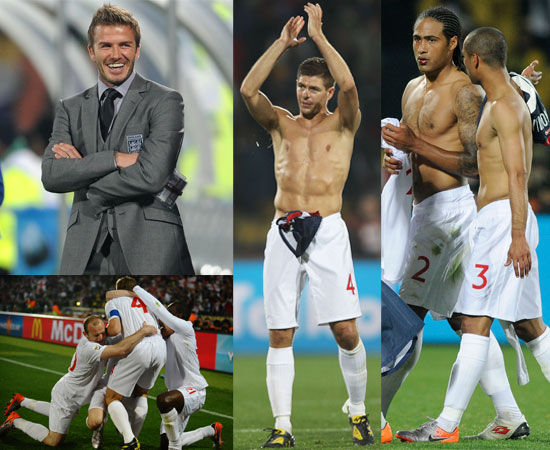 To see more photos of the match, the team, and David, just read more.