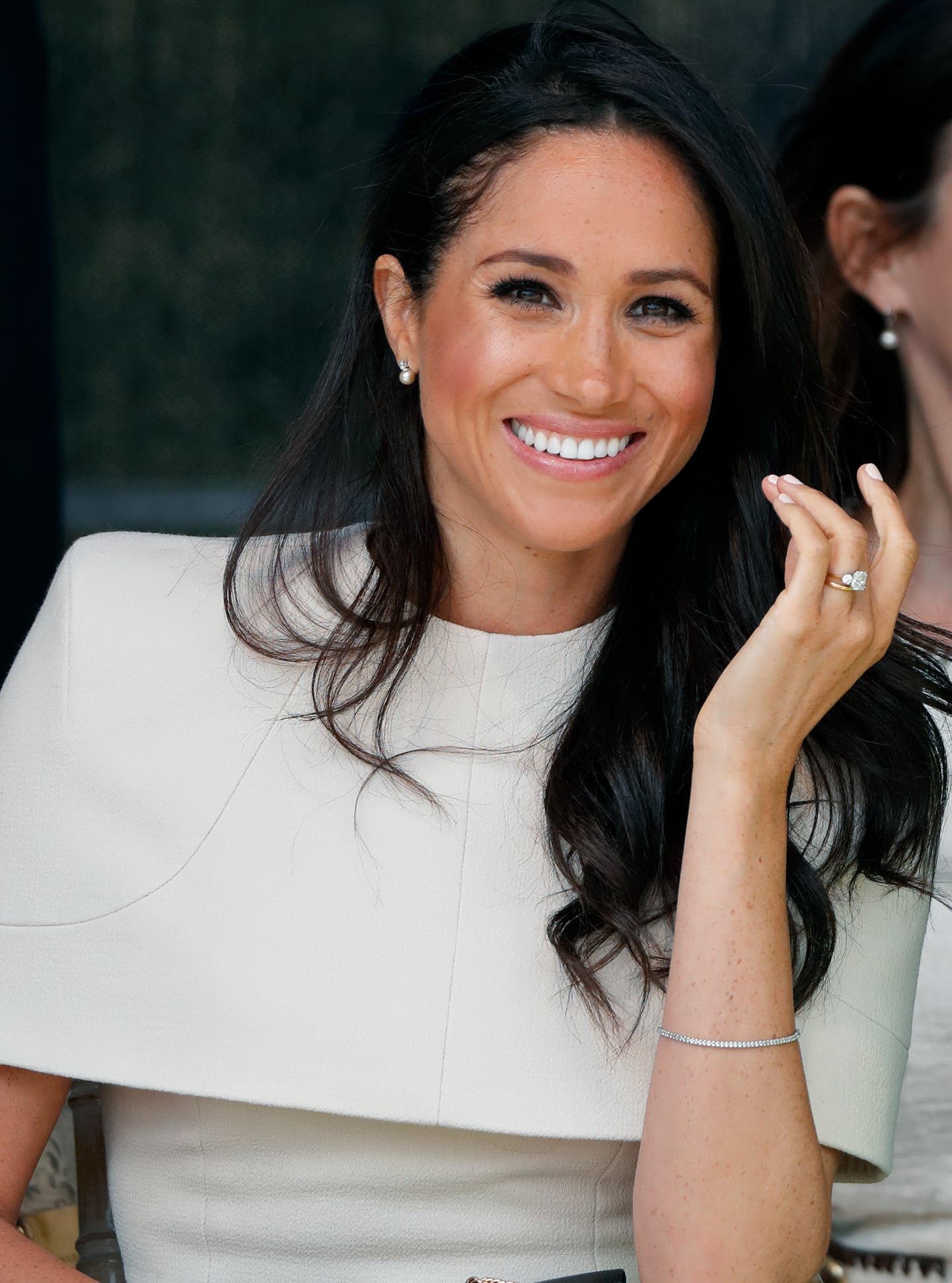 Even though it's almost been two months since Meghan Markle and Prince Harry tied the knot, we're still obsessing over every little detail about their love story. On Tuesday, Meghan's friend and makeup artist, Daniel Martin, appeared on Good Morning America and revealed the adorable way Meghan told her friends she was getting married.

Related:
See All of Harry and Meghan's Royal Milestones Side by Side With William and Kate's

Fun fact: Daniel did Meghan's makeup for her big day, and he previously told People that she was "very cool" and chill on the morning of the wedding. I mean, would you expect anything less from the Duchess of Sussex?