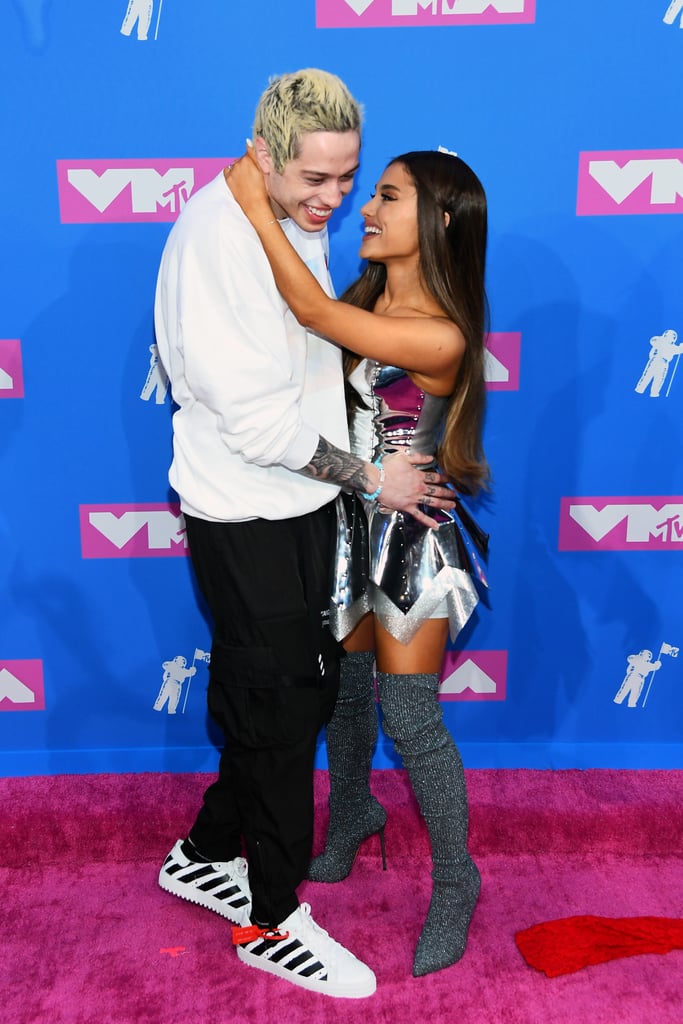 Pete Davidson took everyone by surprise when he popped the question to Ariana Grande after a few weeks of dating in June, but it appears the Saturday Night Live star had it planned all along. In a recent interview with Variety, Pete revealed that he didn't "want to do something corny," so he proposed in one of the most casual ways possible.

"We were in bed hanging. After watching a movie, I was like, 'Will you marry me?' It was really dope," Pete said. "I'm still convinced she's blind or hit her head really hard. Something is going to happen, and she's going to be like, 'What the f*ck is this thing doing around?' For right now, it's rocking."

Pete and Ariana first met on the set of SNL back in 2016. At the time, Ariana was dating Mac Miller, while Pete was with Cazzie David. "I was obviously ogling and trying not to be creepy," Pete said of their first meeting. "We didn't know another person could feel — or treat a person — like that."

Pete and Ariana struck up a romance in May and plan on tying the knot sometime next year. "I never thought I'd meet anyone like her," Pete gushed. "I can't even put into words how great of a person she is. I could cry. She's the f*cking coolest, hottest, nicest person I've ever met." Take a look at some of Ariana and Pete's sweetest moments ahead.