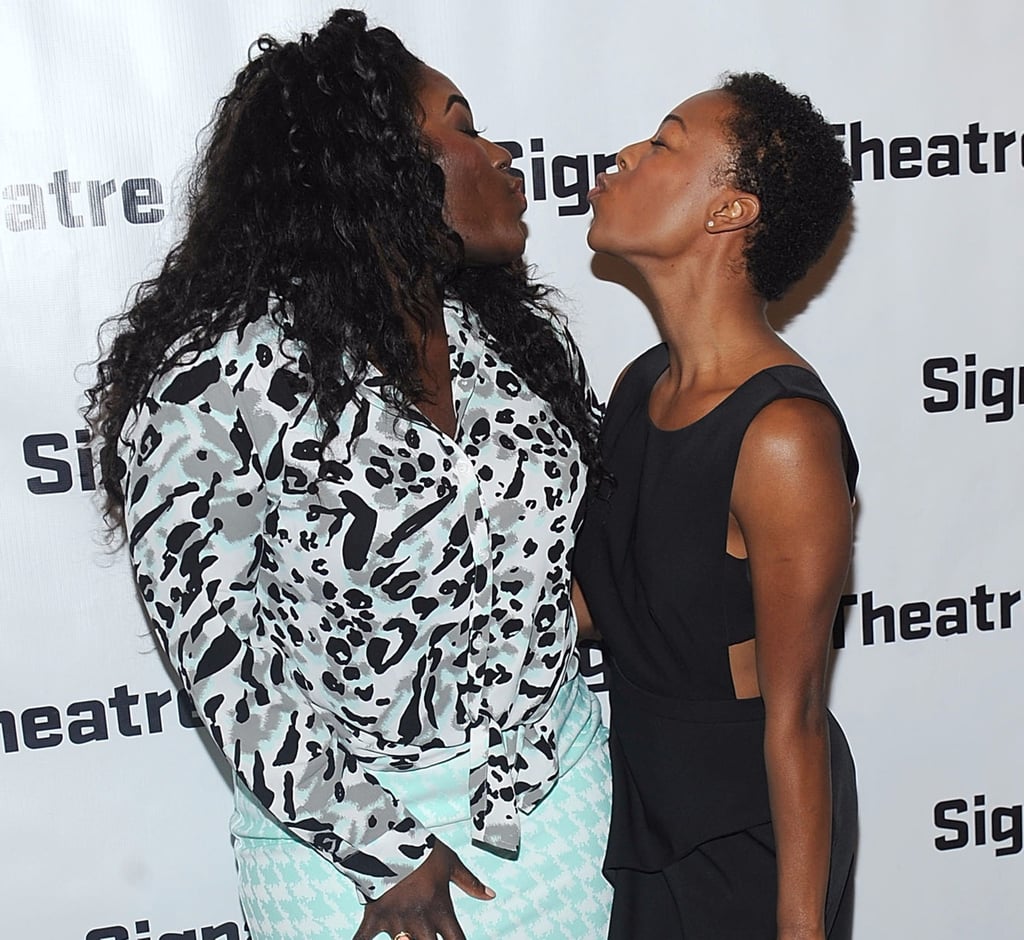 Samira Wiley and Danielle Brooks play onscreen best friends Poussey Washington and Taystee Jefferson, respectively, on Orange Is the New Black, but their relationship goes far beyond the Netflix show. In fact, their friendship can be traced back to college. Samira moved to New York from Washington DC after high school to study theatre at Juilliard, and on the first day of Danielle's freshman year, she met Samira, who just so happened to be the orientation leader helping her move in. "I was met with her screaming 'WOOOOOOOOO! WELCOME TO JUILLIARD!'" Danielle recalled in an April interview with The Cut. Samira and Danielle instantly hit it off, playing beer pong with friends and watching Planet Earth at Samira's apartment.

In 2013, Danielle got cast in Orange Is the New Black and she encouraged Samira to audition for the role of Taystee's best friend. Fast forward to a few months later and Samira was behind bars dressed in her khaki jumpsuit with Litchfield's finest.