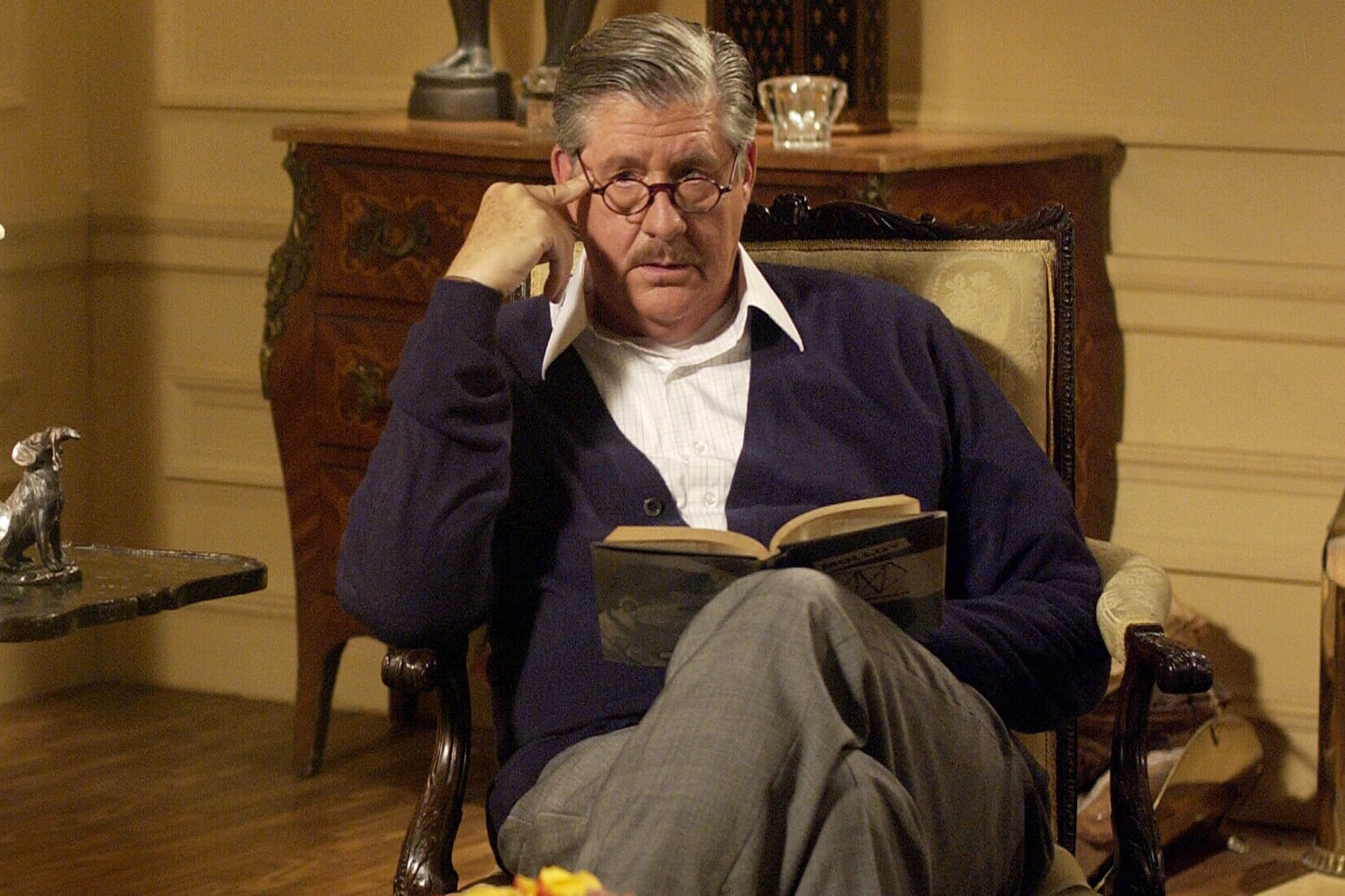 Edward Herrmann died on Dec. 31, 2014, but his beloved presence is felt throughout the four episodes of Gilmore Girls: A Year in the Life. Hermann played Rory's grandfather, Richard, on the original series, and ahead of the premiere of the new episodes on Netflix, creator Amy Sherman-Palladino promised us that they would address the death of his character. Not only is he mentioned, Richard plays a big part in the revival.

In the first instalment, "Winter," there's a flashback to four months before. It's Richard's funeral, and we see the three Gilmore girls sitting in the front row. Later, Rory and Lorelai are comforting each other while Emily looks at the coffin and "Time" by Tom Waits plays. Up on the table of memories is Chuck Berry: Live at the Fillmore Auditorium, the album that Rory gives him for his birthday in the first season.

After the service, friends and family — including Lorelai's former beau, Jason Stiles — convene at Emily's house. Luke leaves to drive Rory to the airport, and Lorelai gets hammered and tells a few stories from her childhood about her father abandoning her. It's rough, and she and Emily get into a huge fight.

Once "Spring" rolls around, Lorelai and Emily are attending therapy together and we finally get the rest of the story. Emily stands Lorelai up for a session, and Lorelai opens up to their therapist about her father's death. He had a major heart attack (a "stunner," as she puts it), and never made it out of the ICU. She says he got angry at the end, and that his last words were, "Get the hell away from me," aimed at the nurses.

Even if you haven't watched the series, you can see the gigantic portrait of Richard that Emily orders in the trailer. She does eventually admit that she mistakenly ordered the wrong dimensions, and when she retires to Nantucket, she puts up the regular-sized picture on her wall.

In the "Fall" segment, we also get closure from Lorelai when she tells her mother a beautiful story about how Richard comforted her when a boy broke her heart when she was 13 years old. He found her at the mall on a school day, and when he saw how hurt she was, he took her to the movies, bought her popcorn and candy, and never told Emily. That's the Richard Gilmore we'll remember, too.