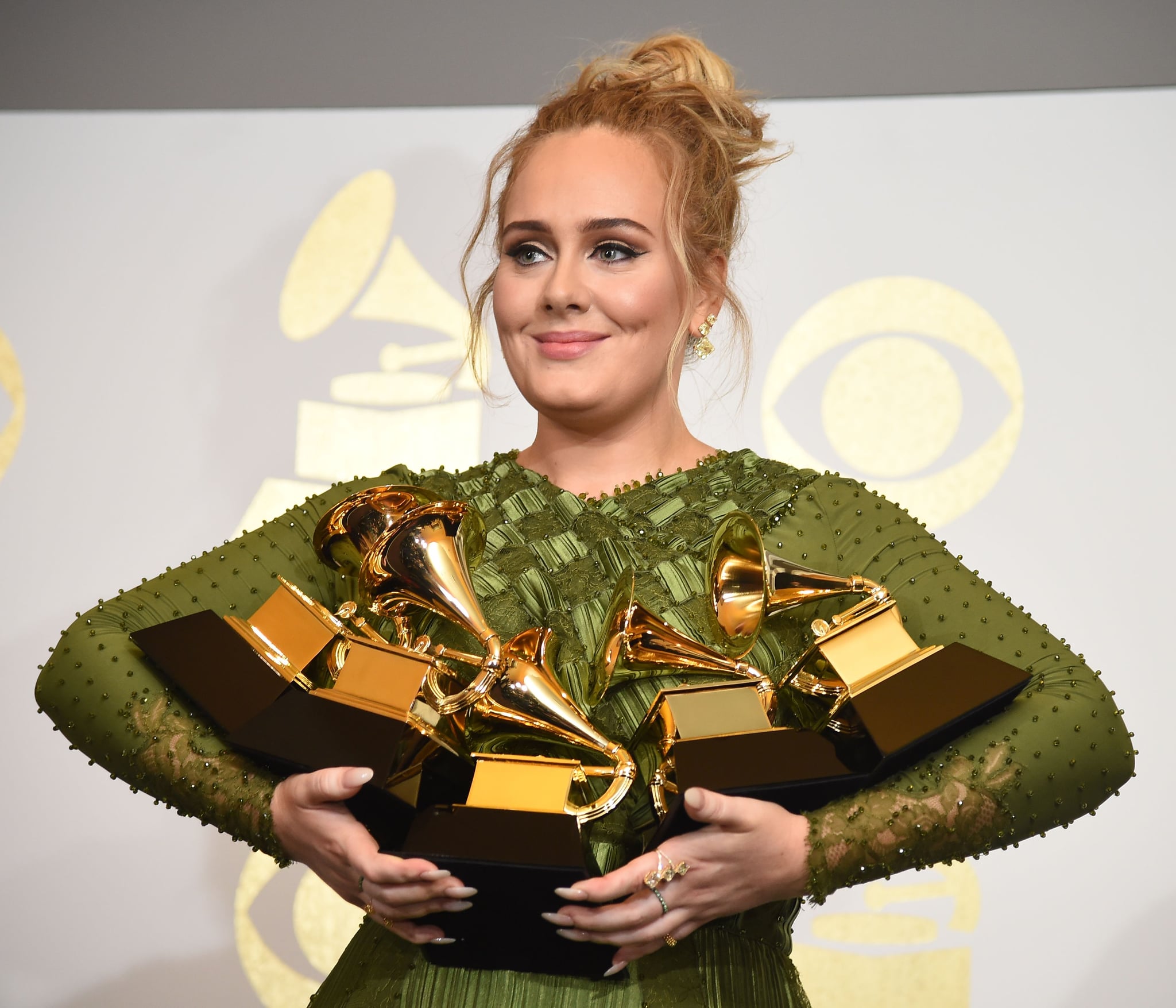 Despite an issue with her tribute to George Michael, Adele swept the Grammys on Sunday night. The "Hello" singer scored five gold gramophones at this year's event, and although not everyone was thrilled with her big win (including Adele herself, who broke her album of the year trophy in half to give to Beyoncé), the feat is nonetheless impressive. Her 2017 wins included the aforementioned album of the year for 25, as well as best pop vocal album, record of the year, song of the year, and best pop solo performance. This is far from Adele's first rodeo at the big show, though. The songstress now has 15 wins and 18 nominations under her belt and has taken home an award every year she released one of her albums (19, 21, and 25).

After that, she took a hiatus until her explosive return at the tail end of 2015, barely too late to compete in the 2016 Grammy race. With the five trophies she won this year, it puts her tied for fourth place with Alicia Keys as the female artist with the most Grammys (Alison Krauss is number one at 27, and Beyoncé and Aretha Franklin follow with 22 and 18, respectively).