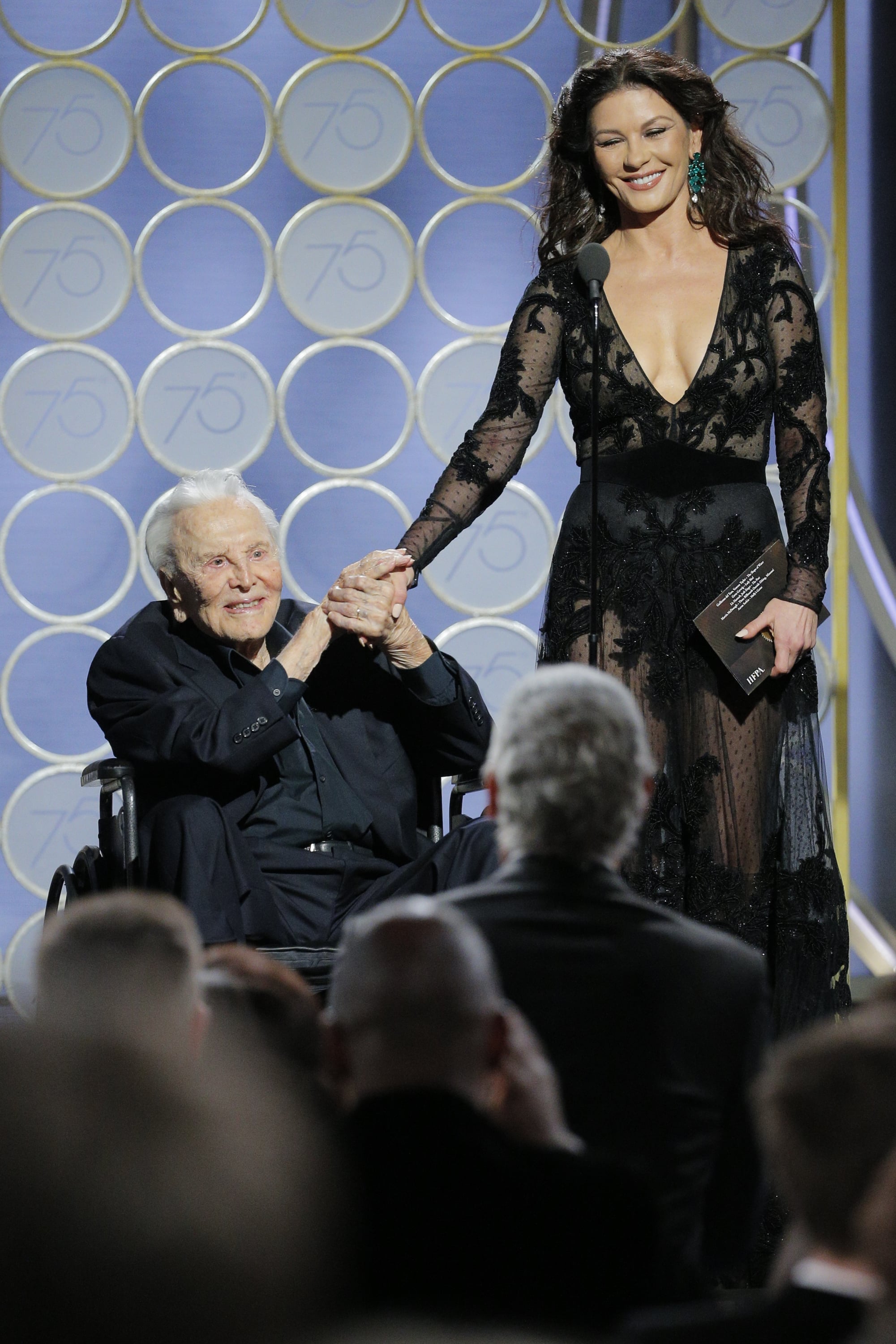 Kirk Douglas took to the stage Sunday night at the 2018 Golden Globes alongside his daughter-in-law Catherine Zeta-Jones to present the award for best screenplay. The 101-year-old actor, director, and producer is a three-time Golden Globe nominee and one-time winner of the award. Douglas is well-known for movies like Stanley Kubrick's Spartacus, Lust For Life, and Detective Story. The presentation served as a mini tribute to the Hollywood legend, who just celebrated his 101st birthday in December 2017. He also received the Cecil B. DeMille Award at the 1968 Golden Globes (the same honour Oprah Winfrey took home this year) for his lifetime achievements throughout the "Golden Age" of Hollywood.