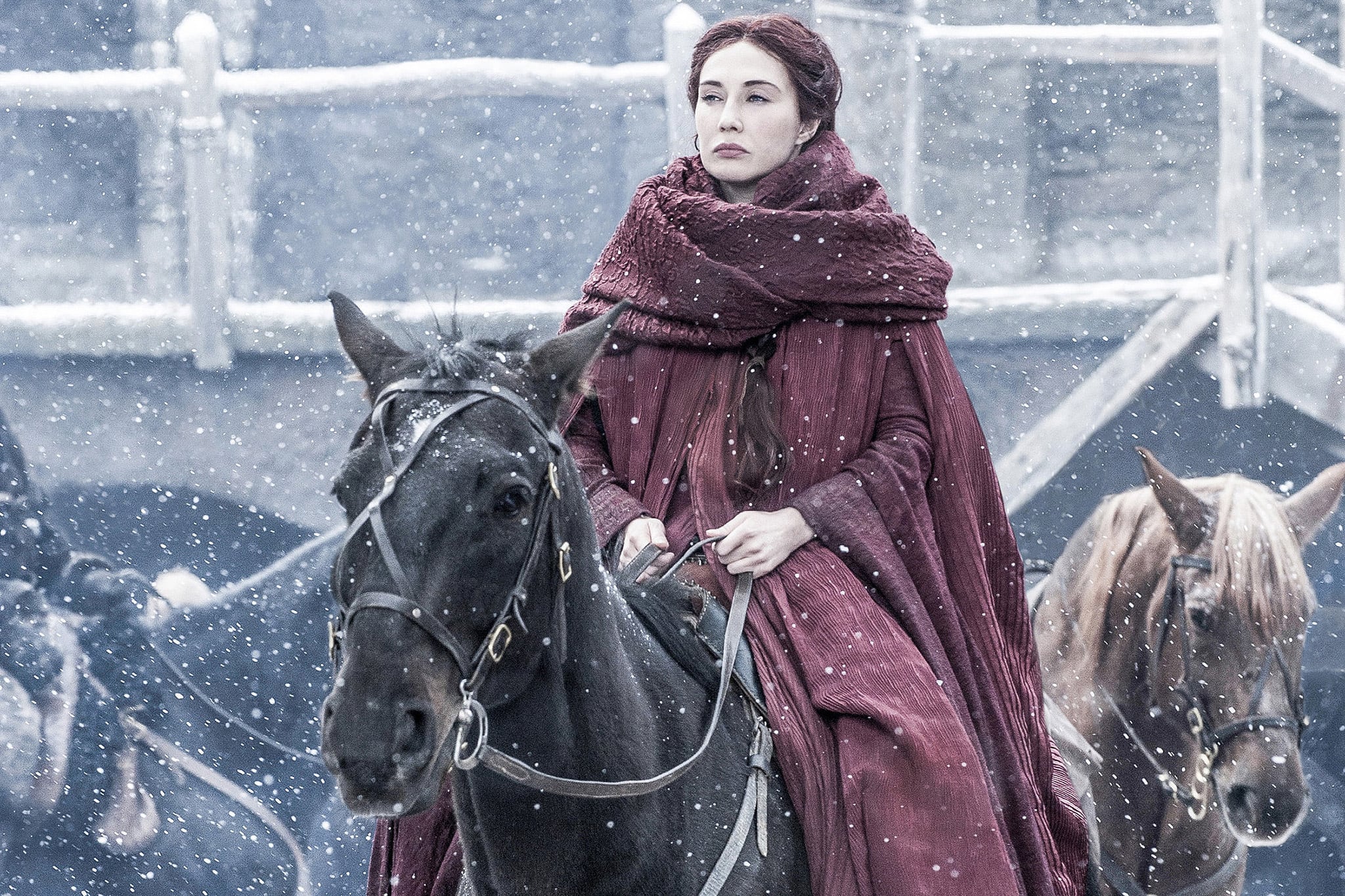 The most memorable moment on the Game of Thrones season six premiere doesn't have to do with Jon Snow at all — though we do find out what's up with him. In a bizarre twist at the end of the episode, Melisandre slips out of her cloak and chunky necklace and is suddenly old AF. (And I say that with total respect for the elderly.) While you may have been shocked, we probably should have seen this coming. "There have been a few hints before that Melisandre is much older than she appears," said producer/writer David Benioff in HBO's Inside the Episode. "Going back to a very early conversation with George R.R. Martin about her, she is supposed to be several centuries old." Interesting! There are some more great tidbits in here; just watch until the end.