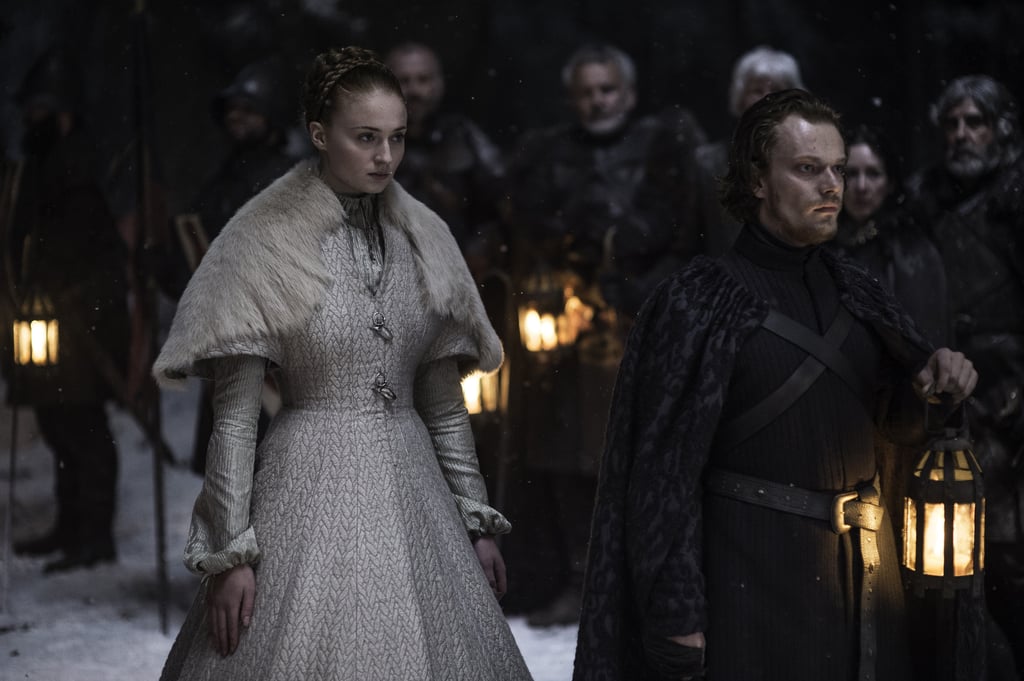 How Robb Stark Was Actually Present at Sansa's Wedding to Ramsay

The cast of Game of Thrones dropped some hints about season six during their Comic-Con panel, but one of the most interesting comments was actually about something that had already happened on the show. While talking about Theon's transformation into Reek, Sophie Turner mentioned a serious Easter egg about the scene in which Sansa marries Ramsay Bolton. As it turns out, Robb Stark was there in spirit. Intrigued? Study the picture above, then read on.