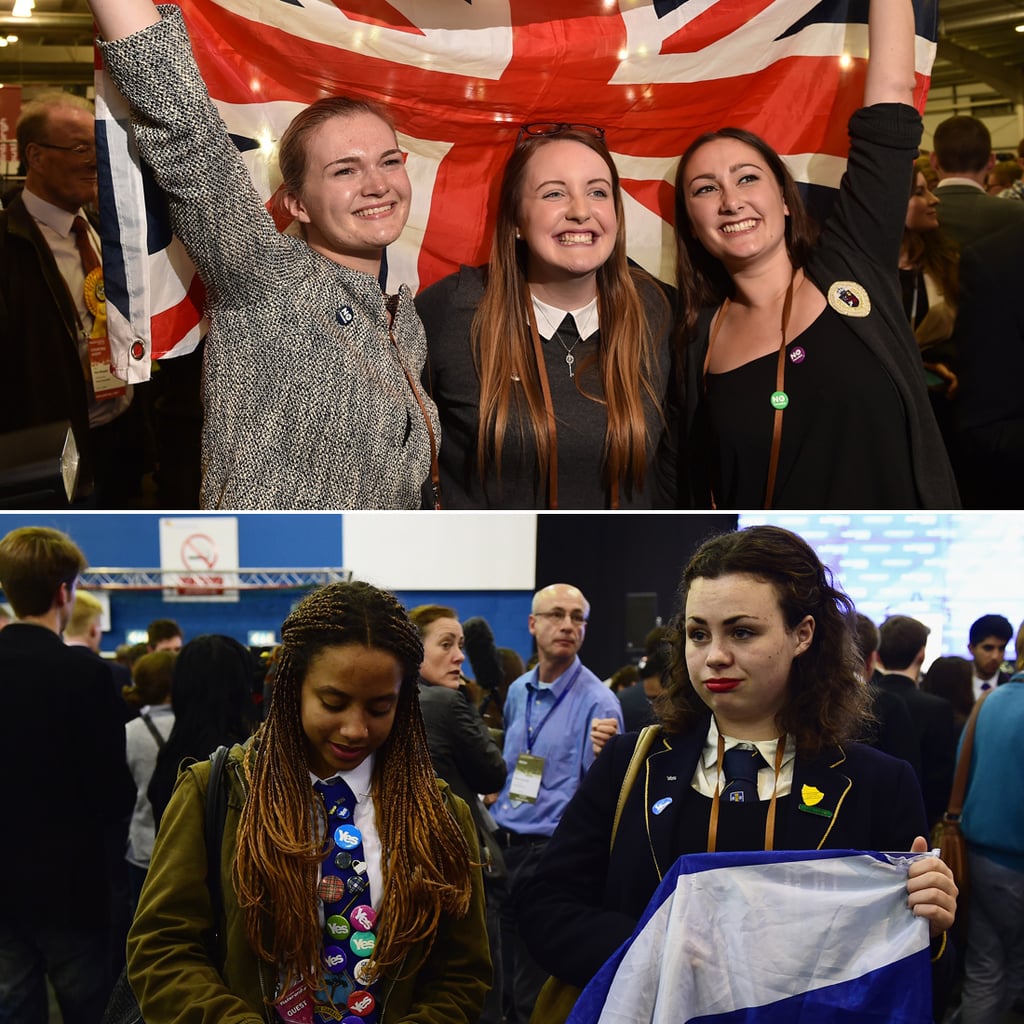 This Is How Scotland Reacted to the News About Their Independence

The people of Scotland rejected a referendum for independence on Thursday, with 55 percent of voters siding with the "No" campaign to keep the country as part of the United Kingdom. Naturally, the results got a mixed reaction from Scots of all ages, most of whom had flooded the streets of Edinburgh and Glasglow to party in anticipation of the results. Despite the "Yes" campaign's disappointment, Prime Minister David Cameron has vowed to create a new constitutional settlement, which would grant more powers to not only Scotland, but also England, Northern Ireland, and Wales, all of whom make up the UK. Keep reading to see how Scots celebrated — and shared their disappointment — after the results were announced.