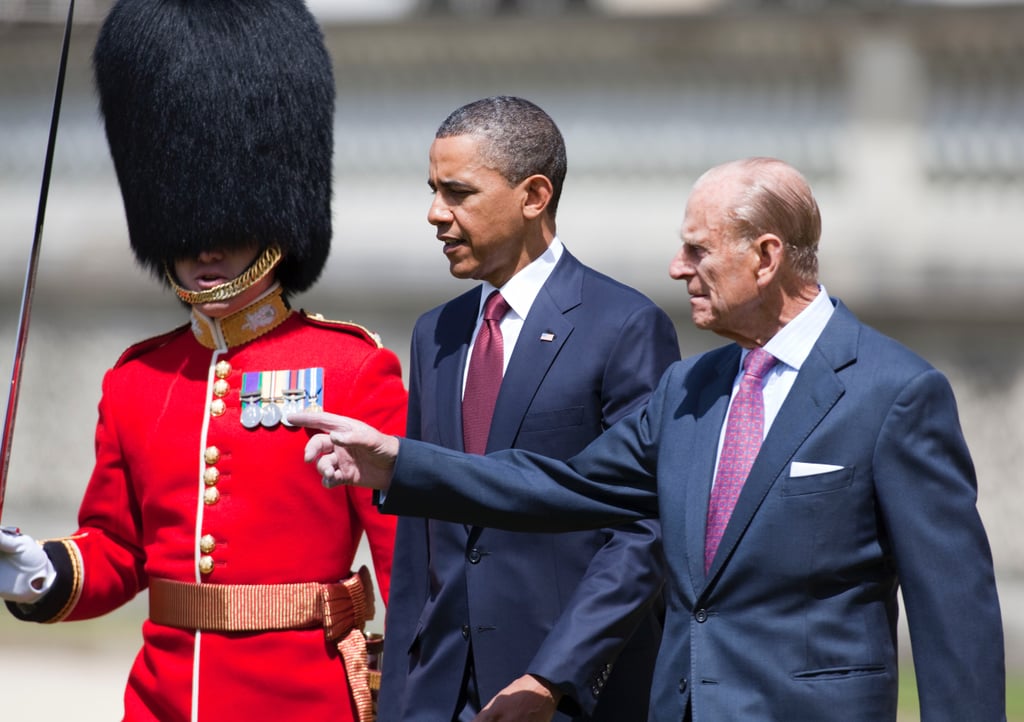 How Tall Is Prince Philip, Really? The Answer Is Kinda Confusing

Prince Philip may have to walk behind Queen Elizabeth II due to rank, but he's in the lead when it comes to height. At six feet tall, the prince stands eight inches above the Queen, who is 5'4". Between the two, it would appear his height was an advantage for their three sons, since Princes Edward and Andrew are six feet tall and Prince Charles measures 5'10".

But while the prince is considered a taller than average male, he often appears below his six feet in photos. At 97 years old, it's natural that his posture may have diminished — people apparently lose about four tenths of an inch each decade — which explains why he looks about the same height as others who are actually shorter than him. Plus, just this year, he underwent a hip replacement, which can marginally increase a person's leg length. So while his height is reported at six feet, chances are he measures up a little differently these days.

Related:
A Look at Prince Philip Through the Years
Previous Next Start Slideshow
The RoyalsThe British RoyalsPrince Philip
Around The Web

The Royals
Harry and Meghan Open Up in Oprah Interview First-Look: "Were You Silent or Silenced?"
by Kelsie Gibson 1 hour ago