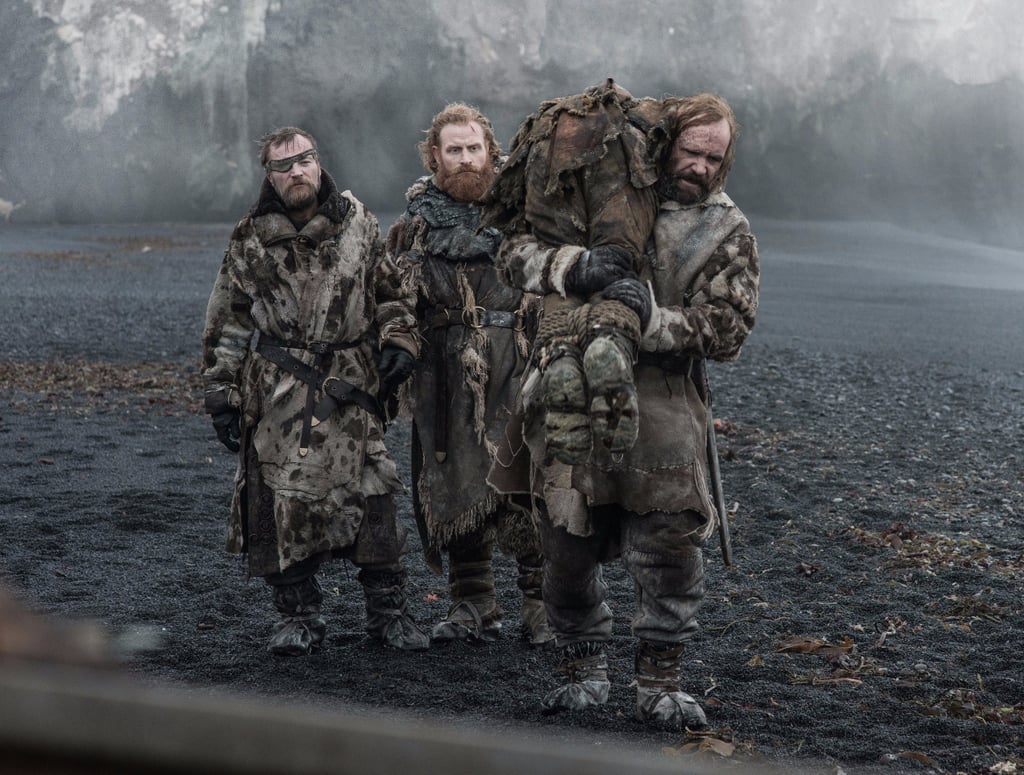 Game of Thrones is a show about dragons, zombie bears, and people regularly coming back to life, so it shouldn't be news to anyone that watching the fantasy epic requires just a little bit of suspended belief. That being said, I found myself repeating the same thought as I took in season seven's sixth episode:

"Wow, that makes absolutely NO sense."

Granted, I'm not expecting realism from a show that once depicted the birth of shadow demon, but "Beyond the Wall" — as thrilling as it is — is basically a nonstop barrage of seemingly lazy plot devices designed to move the episode along at warp speed without having to bother explaining how any of it is even remotely possible. I don't necessarily need to have a scene where the maesters outline a mathematical equation about the speed-distance relationship that applies to dragon travel on a whiteboard, but I do need to have some semblance of reality within the story's own universe. Season seven, though exciting, is starting to veer more and more off the rails due to each episode's breakneck pace.

While I don't necessarily mind these wildly unbelievable aspects of the story all the time, here are a few questions from the latest episode that I'm still baffled by.