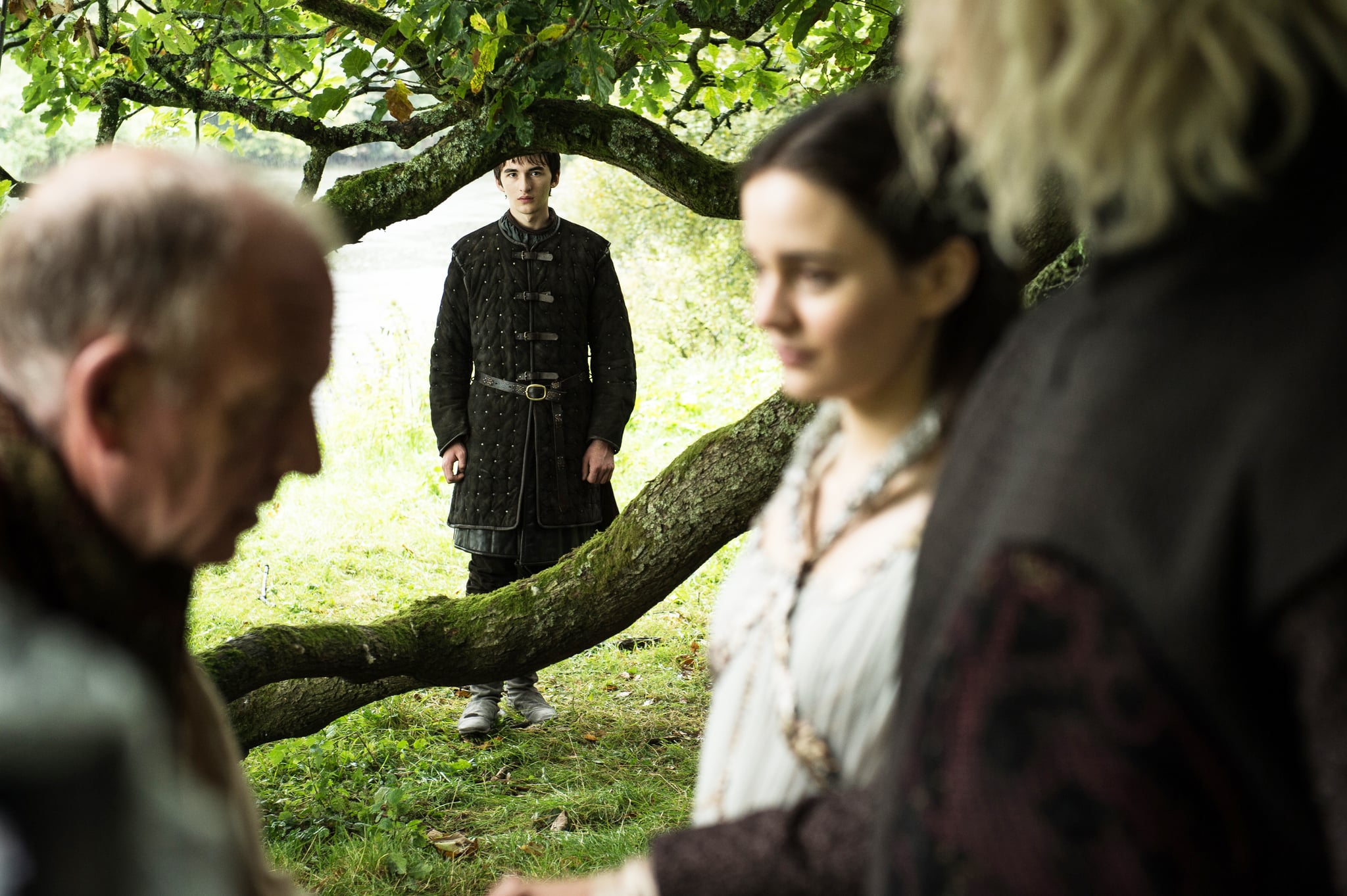 Picture this: a disgraced wannabe maester and an emotionless teenager who claims to talk to trees roll up to King's Landing during season eight of Game of Thrones claiming that they have important news about the true heir to the Iron Throne. "Jon Snow, Ned Stark's bastard, is actually the legitimate heir of Rhaegar Targaryen and Lyanna Stark!" Sam and Bran proclaim, greeted by the sound of crickets — because, honestly, who is going to take them seriously?

Even with the transcription that proves that Rhaegar and Lyanna were legally married, there is no proof outside of Bran's greenseer vision that Jon is actually Lyanna's child, born in the Tower of Joy. Or . . . is there?

While Ned Stark, who raises and protects Jon to honor his sister's dying wish, is executed in season one of the series, there is still another living witness who can place Jon as Lyanna's son. Remember this guy?

That's Howland Reed, Ned's close friend and war buddy, who fights beside him at the Tower of Joy. He also happens to be Meera and Jojen Reed's father. During Bran's flashback to the Tower of Joy with the old three-eyed raven, we see Howland save a young Ned's life by stabbing the legendary Ser Arthur Dayne in the back; this moment is jarring, because Bran was raised on stories of his father's heroic triumph over the knight, but it turns out that Dayne was actually killed by somebody else, and with a cheap shot at that.

Howland Reed is quiet about his war stories because they're shameful — and because he swore to keep the truth about Jon Snow secret.

When Jojen and Bran first meet, they discuss their fathers. "Your father is Howland Reed. He saved my father's life during the rebellion," Bran tells Jojen, recalling the tales Ned shared about the war to overthrow the Mad King Aerys. To this, Jojen replies: "Your father told you about the rebellion? Mine never did."

This seems odd, considering how legendary the battle at the Tower of Joy is in the history of Robert's Rebellion. Stories of the fight are how Ned gains his reputation as a fierce fighter and earns widespread respect. For Howland to keep quiet about the entire thing, especially among his family, is strange — even for someone who is known for keeping to himself in the swamplands of Westeros's isolated Neck region.

But considering the fact that Howland is with Ned when he discovers a newly postpartum Lyanna and agrees to protect her newborn son, it all clicks into place. Howland is quiet about his war stories because they're shameful — stabbing someone in the back isn't exactly noble — and possibly because he swore to keep the truth about Jon secret. Ned never even told his wife the truth about the baby he brought home from war, so it makes sense that he'd make Howland swear an oath of utter secrecy regarding everything that happens at the Tower of Joy.

But now that Robert Baratheon is dead and any major threat to Jon's life regarding his true Targaryen lineage is gone, Howland is the only one who can prove Jon's true bloodline. People in Westeros might not take the word of a failed maester or a crippled teenager seriously, but they're far more likely to respect the word of a war hero . . . especially one whom Ned considered a close friend. If Howland were to vouch that Jon is actually the son of Lyanna Stark, his word paired with the paperwork about Rhaegar and Lyanna's marriage would be proof of Jon's legitimate claim to the Iron Throne.

But the question is: will Howland break his promise to Ned and reveal Jon's true origins? And even if he does come forward in season eight, will Jon even want the throne? Guess we will have to wait and see!