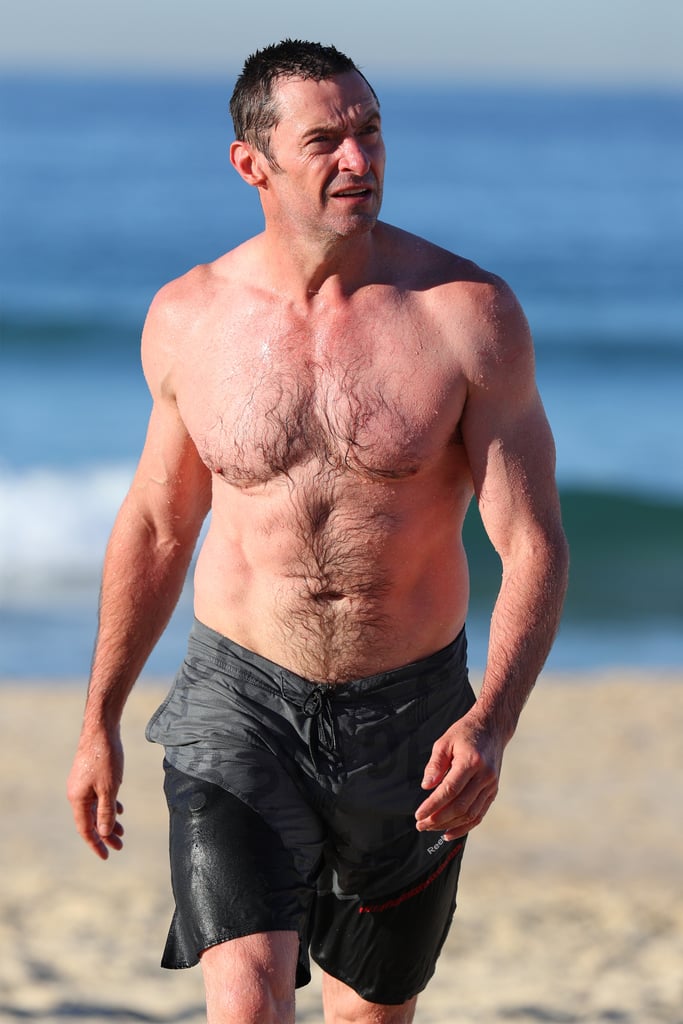 Hugh Jackman is currently in his native Australia shooting the third Wolverine movie, and on Tuesday, the actor took a break from filming and went for a shirtless swim at Bondi Beach. Hugh has been putting in a lot of hard work at the gym in preparation for his role, and judging by these photos, it's clearly paid off. Just last week, Hugh shared a photo of himself looking much older on Instagram, which sparked rumours that he would be playing the Old Man Logan version of Wolverine in the franchise's next film. While Hugh has yet to comment on the speculation, see why he is one of the most lovable men in Hollywood.