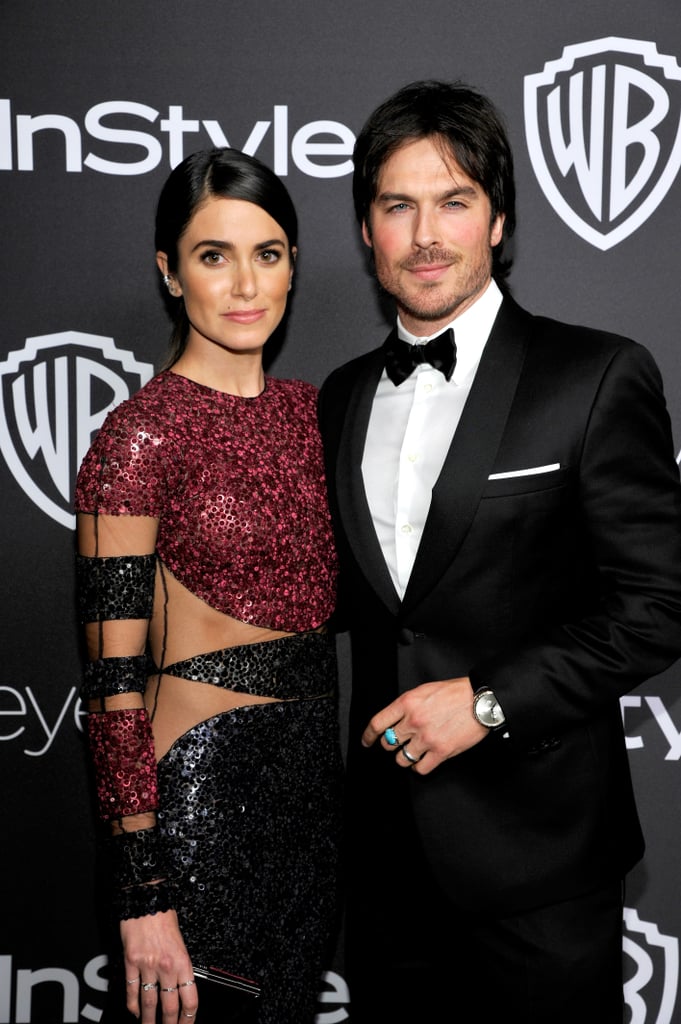 It was date night for Ian Somerhalder and Nikki Reed at the annual InStyle and Warner Bros. Golden Globes afterparty in Beverly Hills on Sunday night. The couple dressed to the nines and were all smiles as they strutted their stuff down the red carpet. Nikki and Ian joined a handful of other stars at the bash, including Viola Davis, Glen Powell, and Ian's ex-girlfriend and The Vampire Diaries costar, Nina Dobrev. Ever since the show announced that season eight is its last season, everyone has been wondering whether or not Nina will return. While it makes a lot of sense that she would, it looks like we'll just have to tune in and see.