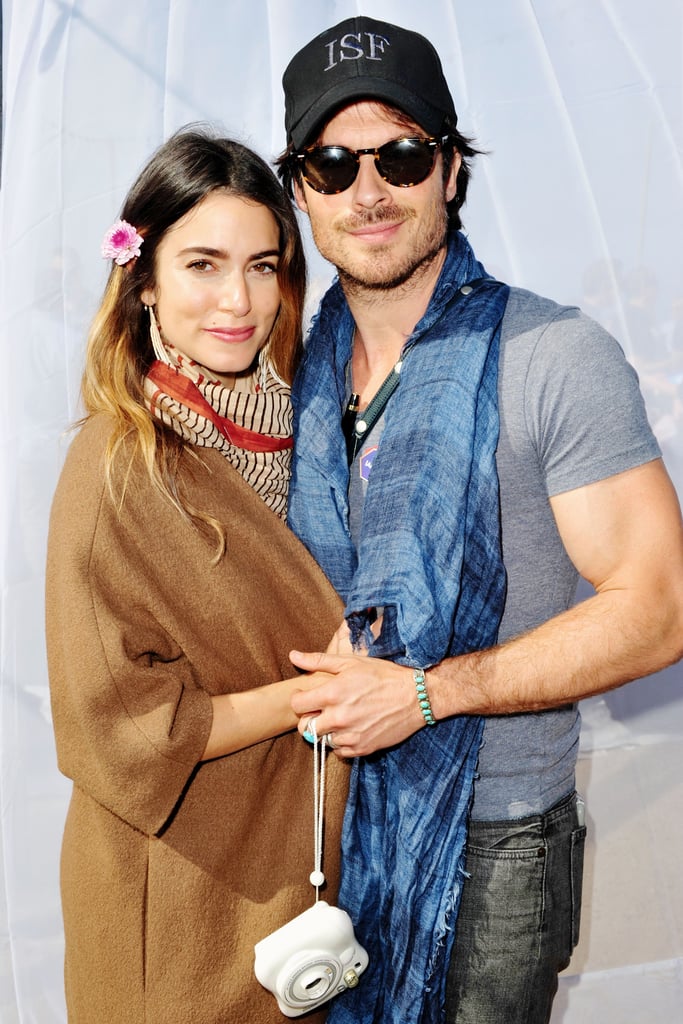 Ian Somerhalder and Nikki Reed stepped out together for the PTTOW! Summit: Love & Courage charity event in Rancho Palos Verdes, CA, on Tuesday. The couple cosied up to one another as they posed for pictures and linked up with 14-year-old Caine Monroy. In case you don't remember, Caine is the boy who, at the age of 9, created an entire arcade using cardboard and creativity called Caine's Arcade. The event aims to bring creative executives and influencers together, and the pair attended a similar event last year, along with Zoe Saldana, Charli XCX, and Idina Menzel.

Related:
18 Snaps That Show Ian and Nikki Are Completely Head Over Heels For Each Other

Now that The Vampire Diaries has come to an end, Ian is gearing up for the release of his upcoming film, Time Framed, while Nikki has been hitting the studio and is currently working on new music.