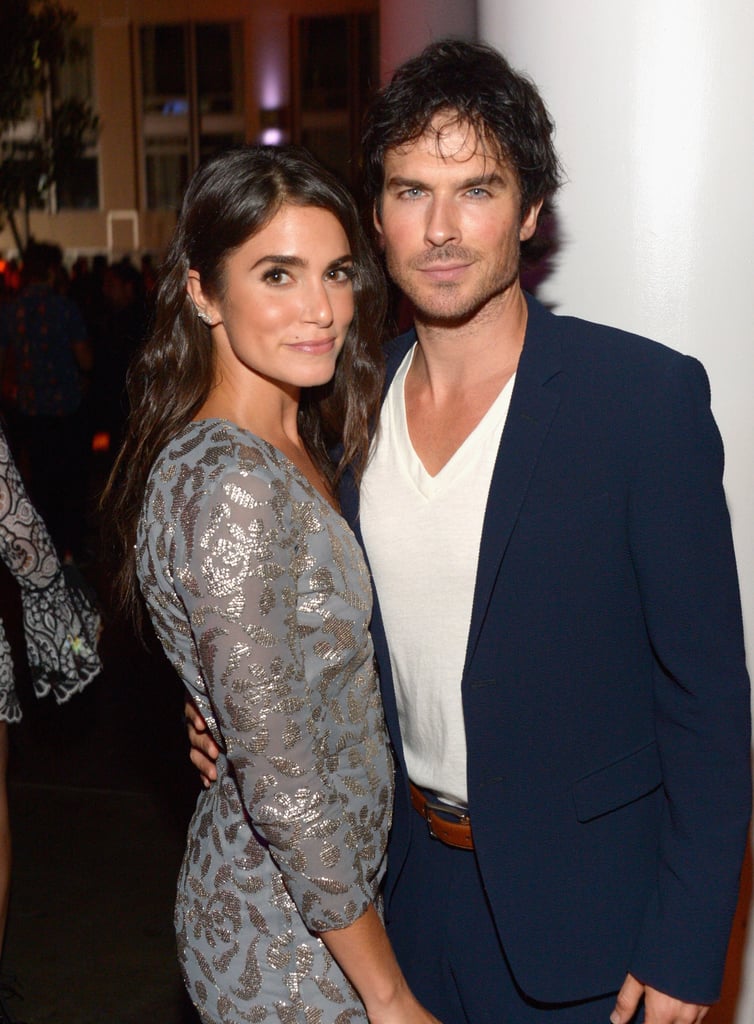 Ian Somerhalder was accompanied by his beautiful wife, Nikki Reed, at Entertainment Weekly's Comic-Con bash in San Diego on Saturday night. The couple put on a loving display as they posed for pictures and met up with Ian's The Vampire Diaries costar, Kat Graham. Earlier in the day, the actor joined the rest of the show's cast at a panel, at which writer Kevin Williamson hinted at The Vampire Diaries' "final" big bad this season. Sadly, this means that the TV series will be coming to an end after season eight, but it could also mean that Nina Dobrev will be returning to reprise her role as Elena Gilbert. Stay tuned as more details emerge, and in the meantime, find out the truth behind Damon Salvatore's sexy smoulder.