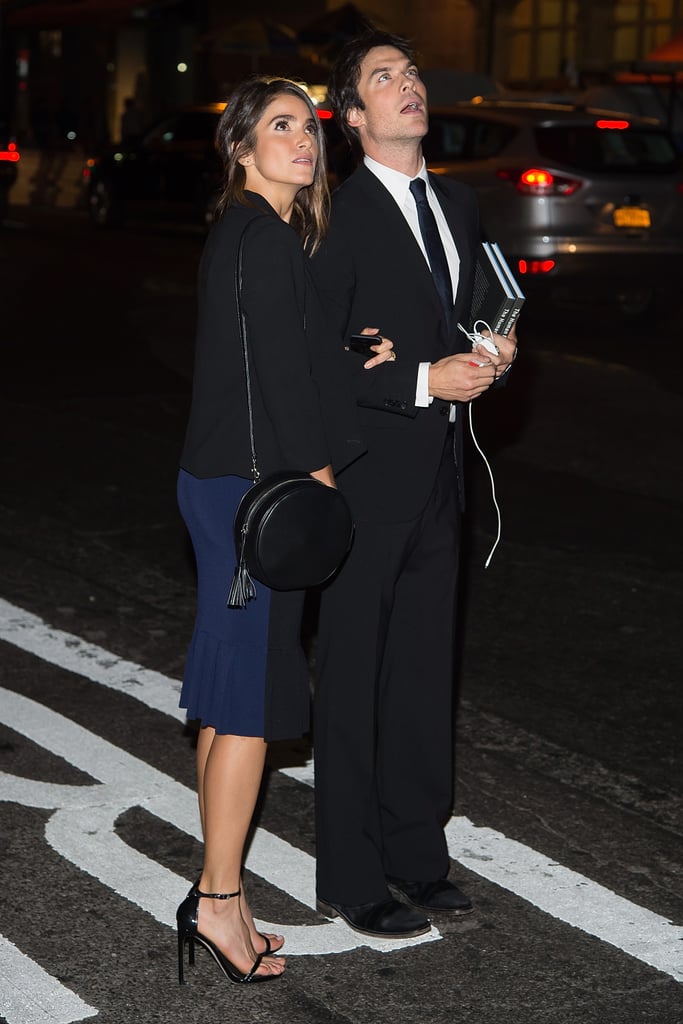 When something as spectacular as a supermoon eclipse happens, even celebrities need to stop and take it all in — and that includes Nikki Reed and Ian Somerhalder. The couple was spotted out in New York on Sunday night and hilariously stopped dead in their tracks when they spotted the gorgeous phenomenon. Ian and Nikki, who were both dressed up in black-tie wear, stood in the middle of the street after leaving a building in Midtown to watch the sky.

The couple's outing comes a few weeks after they hit the red carpet with a llama at Heifer International's fourth annual Beyond Hunger Gala in LA. Ian, who recently revealed that he's ready for fatherhood, showed adorable PDA with his wife at the charity event. Keep reading to see more of their NYC outing, then check out their cutest moments together.