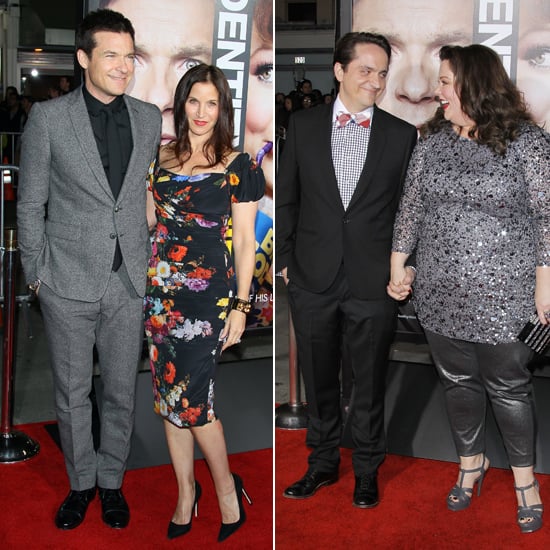 Jason and Melissa Debut Identity Thief With Their Better Halves

Identity Thief stars Melissa McCarthy and Jason Bateman attended their LA premiere at Mann Village Theatre last night. Both hit the red carpet with their spouses on their arms — Jason posed with his wife, Amanda Anka, and Melissa shared a kiss with her husband, Ben Falcone. Jason and Melissa also stayed close on the carpet, showing off their good friendship. Recently, Jason told us he specifically asked Melissa to star in Identity Thief because he was excited to work with her.

Jason and Melissa's costars turned out too. T.I. brought along his wife, Tameka "Tiny" Cottle, while Genesis Rodriguez wore a floor-length Raoul green gown and Amanda Peet rocked an LBD. Molly Sims, whose husband, Scott Stuber, was one of the film's producers, smiled big for the cameras as well. The big night out, which included an afterparty, comes just a few days ahead of Identity Thief's release this Friday, Feb. 8.