Watching Naomi Watts and Ewan McGregor in the trailer for The Impossible, it's hard to believe it's been almost eight years since a massive tsunami rocked Southeast Asia. As we all know, the giant tidal wave hit the region the day after Christmas, and in the new film based on a real family, Watts and McGregor play husband and wife vacationing with their young sons in Thailand during that time. The family is playing by the resort's pool when the unexpected wave breaks, smashing everything in its path and separating their family. 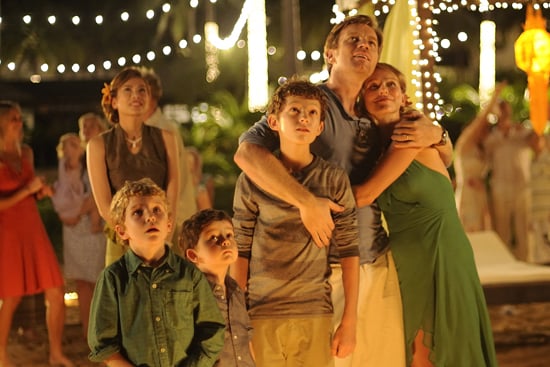 It looks as though the whole family survives — though they are taken in different directions — but this is still a pretty emotional trailer. By the time the cover of U2's "One" swells up, I was already reaching for the tissues. The Indian Ocean earthquake and resulting tsunami were a huge global tragedy, and it can be tricky to tackle these real-life catastrophes in movies. Having said that, it looks like The Impossible is taking a good route by telling the story on a micro-level, as it was experienced by just one family. The movies comes out Dec. 21, and you can check out the trailer after the jump.