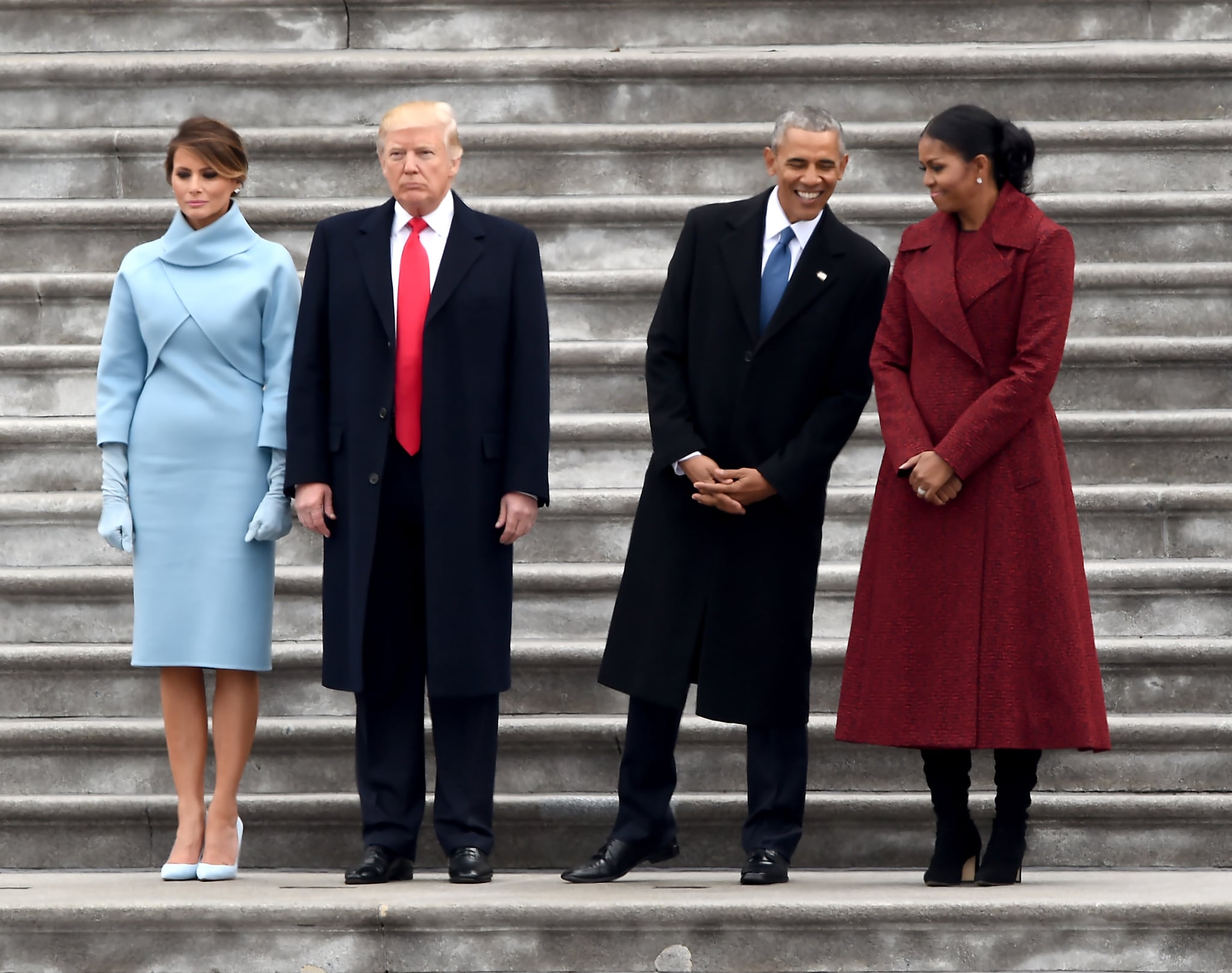 If a picture is worth a thousand words, what would this photo of the Obamas and Trumps say? The image, captured on Donald Trump's inauguration day, is going viral for showing the stark difference in demeanour between the current and former first couples. Michelle and Barack are smiling as he leans toward her, while Donald and Melania stand rigidly next to each other with their arms straight at their sides.

People on the internet have been sharing the picture and making it into a meme with captions like, "Because money can't buy happiness." While the photo does show a juxtaposition between the two couples, it's important to note that there are other photos from the same series of the Trumps smiling and the couples talking to each other. 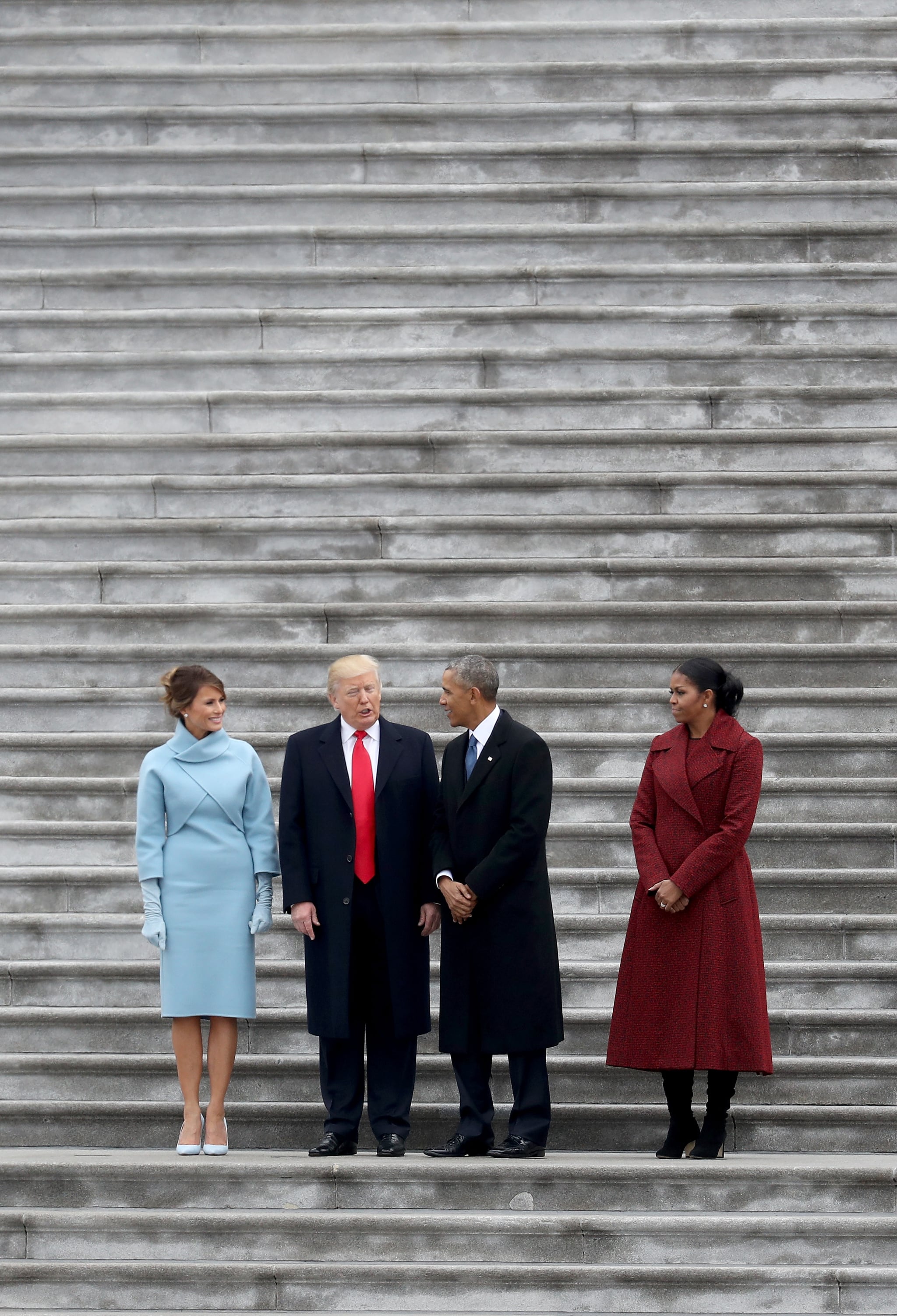 Still, it represents how the Trumps seem less comfortable in the spotlight while the Obamas are known for their welcoming personalities and affection for one another. They are, after all, the ultimate #couplegoals. 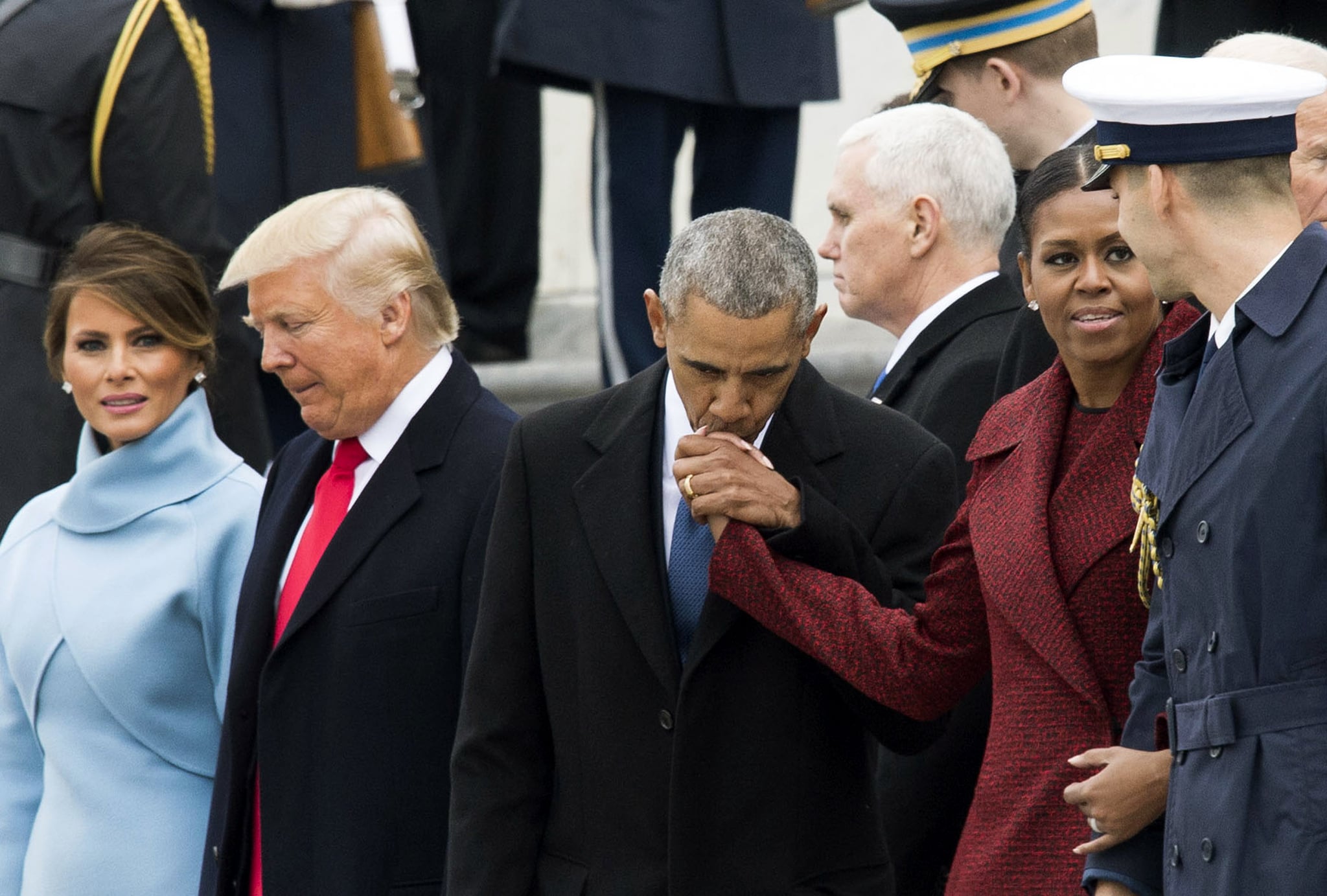