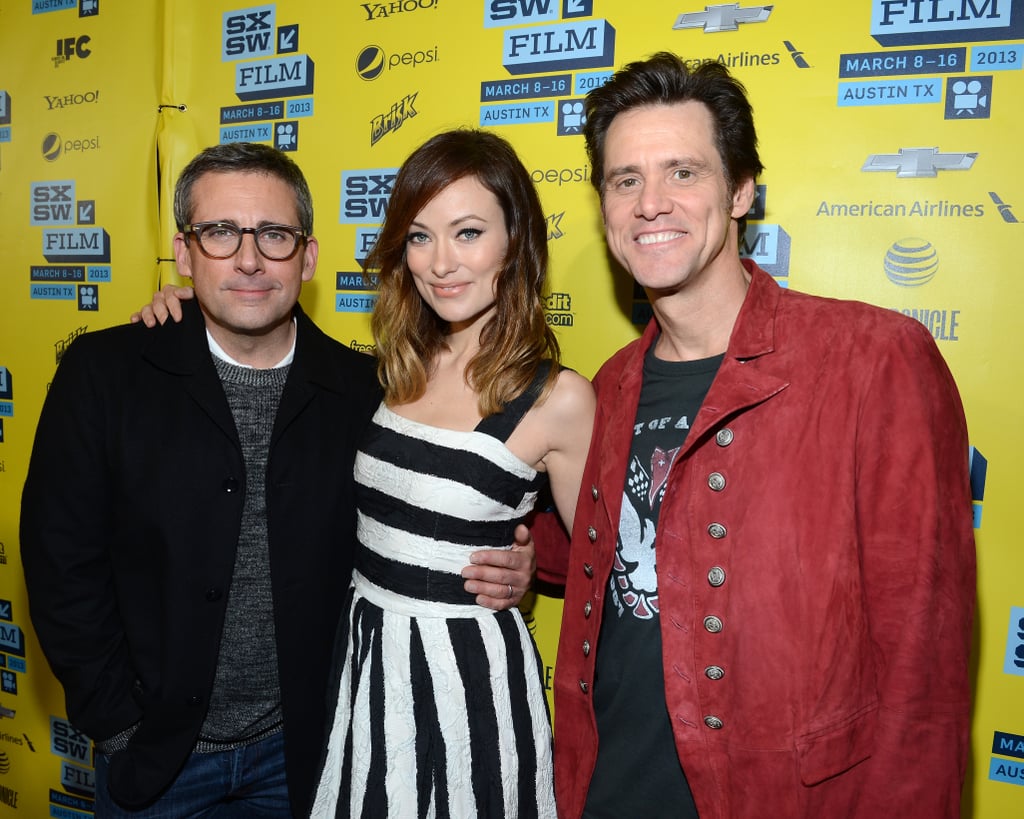 Steve Carell, Olivia Wilde, and Jim Carrey gathered in Austin, TX, last night for the world premiere of their new comedy The Incredible Burt Wonderstone. The screening was the first to be held during the film section of the 2013 SXSW Music, Film + Interactive Festival in Texas. The red-carpet reunion for the trio came before they headed inside the city's Paramount Theatre for the screening and afterward a question-and-answer session. In the film, both Steve and Jim play magicians, and last night, Jim spoke about his interest in magic. He said, "I've always had this weird relationship with magic. I think it's fascinating and yet it annoys me because I can't figure it out." The movie is out on US theaters next Friday March 15 — make sure to check out the Incredible Burt Wonderstone trailer!