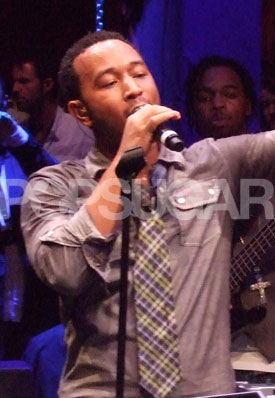 Here at Sugar UK HQ we love to get along to events and find out what's happening straight from the mouths of our favourite stars.

John Legend was in town on Monday to perform tracks from his new album and collaborate with Zarif at the first ever London Hilfiger Session for Tommy TV.

My girl FabUK brought you the lowdown on John's thoughts on fashion yesterday when she reported back on her fun Fab Field Day at the Hilfiger Sessions.

Today we're bringing you even more from the man himself, including his thoughts on performing with Busta Rhymes, Estelle's many nominations, and the sound of his new album.

To see more pics and find out what John says about his new album read more.