Mary-Kate Olsen is currently promoting The Wackness, a movie she fleetingly but memorably appears in alongside Sir Ben Kingsley, Olivia Thirlby and Josh Peck. We caught up with the diminutive starlet and asked her about her experiences of filming the movie, her decision to step away from her child-star roots and making out with Sir Ben Kingsley. Here's what she told us: 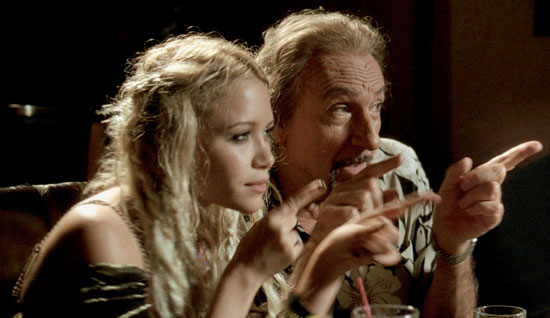 To read what Mary-Kate had to say about her character in the movie, her memories of 1994 and breaking away from her child-star roots, just read more

The Wackness comes out in the UK today (August 29), and make sure you enter our competition to win a novelisation of the movie and a limited edition t-shirt!