Matthew McConaughey was looking good as the center of attention at the big premiere of The Lincoln Lawyer last Thursday, and he started the day at the Four Seasons in Beverly Hills, where he chatted with reporters about the legal thriller. The actor plays wheeling-and-dealing attorney Micky Haller in the new movie, which costars Ryan Phillippe and Marisa Tomei and is out in theaters March 18. We heard from Matthew on the reason he decided to leave his own dreams of practicing law behind, why he didn't want to meet Ryan before they filmed their first scene together, and how his car is one of his favorite places to be. Here's what he had to say: 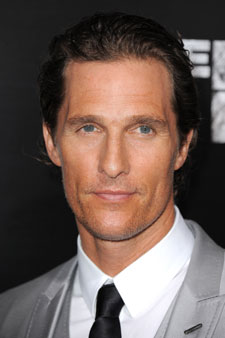 For the rest of the interview with Matthew, just read more.