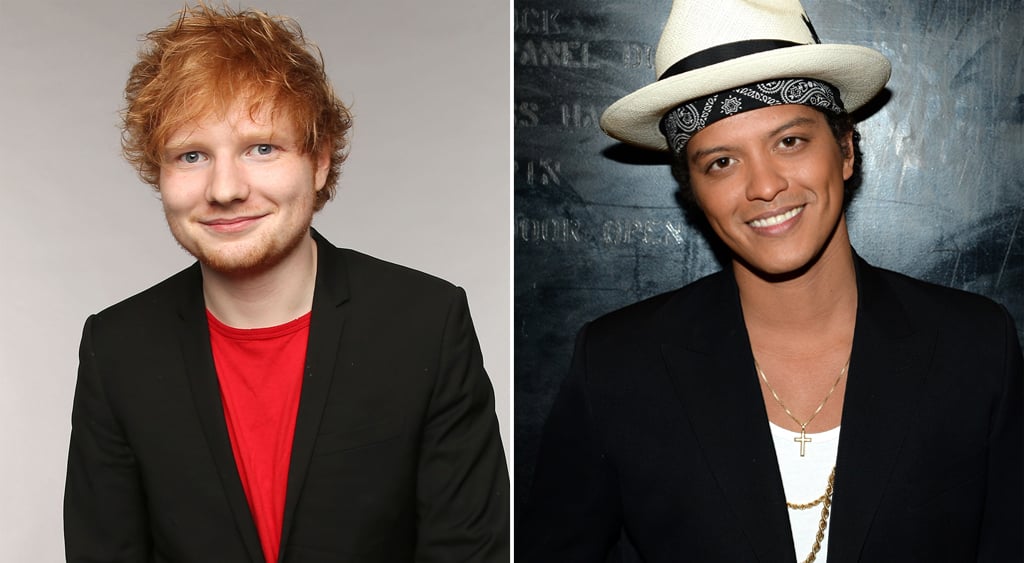 Ed Sheeran and Bruno Mars are putting a comedic spin on Taylor Swift and Nicki Minaj's must-see Twitter exchange about the MTV VMAs. As the axis of pop culture shifted with Taylor and Nicki's tweets on Tuesday, Bruno decided he wanted a feud of his own. His target: fellow crooner Ed, who has been close friends with Taylor since at least 2012.

Yo I want in on this twitter Beef!! VMAs is the new WWF!! @edsheeran Fuck You!

When Ed didn't respond, Bruno figured he'd have to egg him on with a fan-made WWE SmackDown poster.

Let's take a closer look at this amazing poster.

Hours later, Ed started the back and forth with a bang.

@BrunoMars any way we do dis you gon' come up short

Bruno was shocked they were "Sheeran this in public."

That Cut deep..U always know how to sheer me to the core. I can't believe we're Sheeran this in public. How dare u! https://t.co/fdYOVnlScF

Ed was not going to let Bruno have the last word.

@BrunoMars but all my crew know that Bruno has eyebrows dat be uno. And plays Cluedo with SuBo, but you lose coz you blow

Anderson .Paak
Bruno Mars and Anderson .Paak Drop Their First Song as Silk Sonic, and It's Smooth Like Butter
by Monica Sisavat 05/3